In recent times, the connection between the gut, brain, and nervous system—often referred to as the gut-brain axis (GBA)—has garnered significant attention as modern science continues to confirm that these systems are intricately and intelligently linked.

Ayurveda, which places digestive wellness at the heart of its holistic approach to health and well-being, has long recognized this vital connection between the gut and the rest of the body.

Inspired by the intersection of Ayurveda’s ancient wisdom and modern scientific research, a recent clinical study examined several herbs commonly used in Ayurveda to support the brain and nervous system.

Specifically, this scientific trial studied the prebiotic potential of nervine and nootropic herbs, focusing on each herb’s capacity to affect various types of flora in the gut via the gut-brain axis.

Banyan Botanicals supplied the herbs for this research study, which was conducted under the expertise of Dr. Christine Tara Peterson, PhD., of the University of California San Diego’s School of Medicine, who is both a microbiologist focused on the gut microbiome and an Ayurvedic clinician. 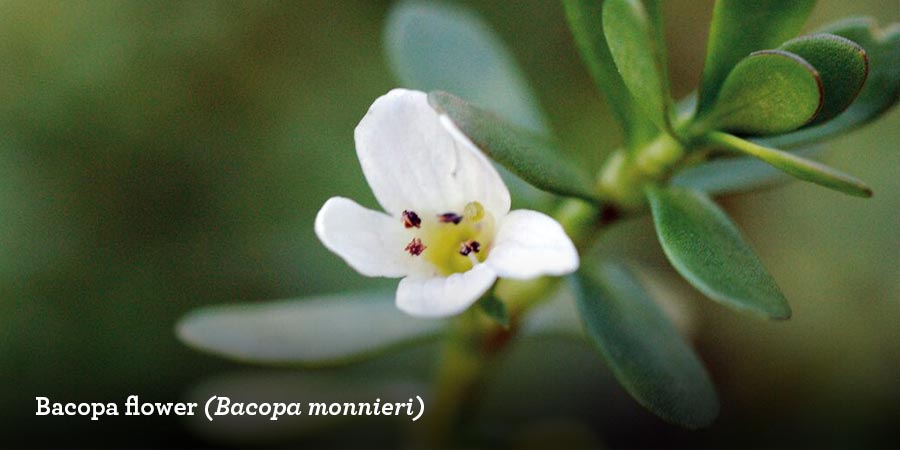 Ayurveda and modern science both agree that the health of the gut is essential for overall well-being. And in order to have strong digestive health, it’s widely acknowledged that there must be a healthy level of gut bacteria, often referred to as gut “flora” or “microbiota.”1

You’ve probably heard of both prebiotics and probiotics, and both have an important role to play in the health of the digestive tract. Probiotics are living strains of bacteria that, together, make up a healthy community of bacteria in the gut.2

Prebiotics are a little different—they are specialized plant fibers and sugars that provide nutrition to the good bacteria.3 They act like fertilizer, nourishing the bacteria, stimulating healthy growth, and improving overall gut health. Essentially, prebiotics are what feed the preexisting bacteria, or probiotics, allowing them to thrive.

Probiotic: living strains of bacteria that make up a healthy community of bacteria in the gut.

Prebiotic: specialized plant fibers that provide nutrition to the good bacteria in the gut and improve overall gut health. 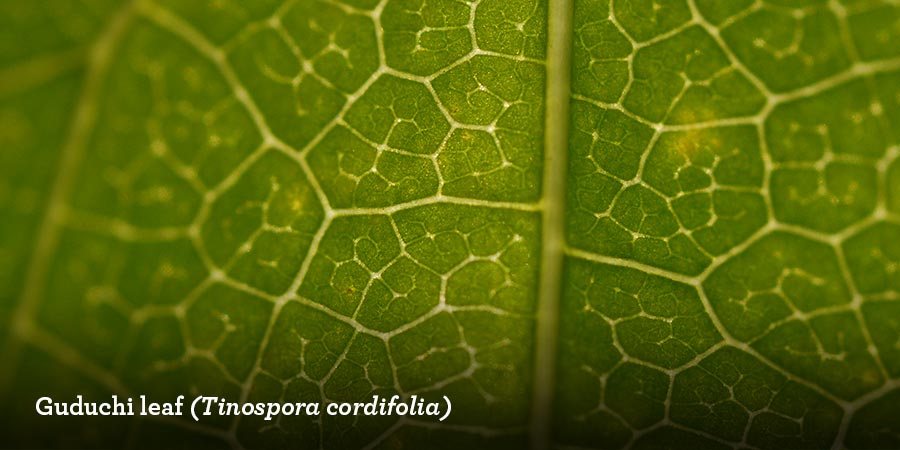 A Look at Nervine and Nootropic Herbs

Nervine herbs are herbs that support the health and strength of the nervous system.4 As such, they often have a strong affinity for the healthy function of the mind and intellect as well. While some nervines can be stimulating, most are calming and have a tonifying and stabilizing effect that boosts and nourishes overall nervous system health.

These herbs work to nourish and support healthy cell growth and function, and promote healthy memory, intelligence, and mental clarity. Nootropics are also sometimes referred to as “smart drugs” and brain boosters.5

While nervines and nootropic herbs are generally known for their capacity to directly affect the health of the brain and nervous system, this study focused on their action in the digestive system.

Tracking changes to the gut microbiota in response to these herbs may signify their effectiveness as prebiotic nutrition and confirm their supportive nature for the gut-brain axis. 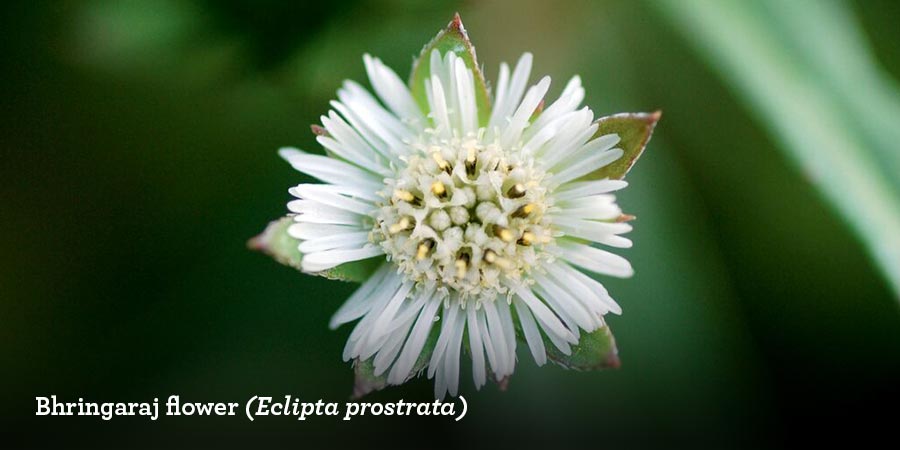 The Ayurvedic Perspective on Nervines and Nootropics

In recent years, there has been a growing understanding that the health of the gut is directly connected to the health of the brain and nervous system, with new scientific studies showing that the trillions of microbes that live in our gut change in response to our emotions and stress levels.6

Particularly, certain gut microbiota show a strong link to the development of various imbalances of the mind and nervous system, such as occasional anxiousness, difficulty concentrating, and challenges with mood.7

Ayurveda has recognized this connection for centuries, asserting that gut health is the principal factor for maintaining overall wellness and viewing disturbances in the gut as the primary source of imbalance throughout the entire body and mind.

With this understanding, Ayurveda has used nervine and nootropic herbs to support the health of the brain and nervous system and promote overall well-being. Many of these herbs are also considered to be adaptogenic herbs or rasayanas and tend to have a tonifying, nourishing, and strengthening quality.

In certain Ayurvedic texts, many of these herbs are mentioned alongside specific terminologies that indicate their neurocognitive supportive actions.8 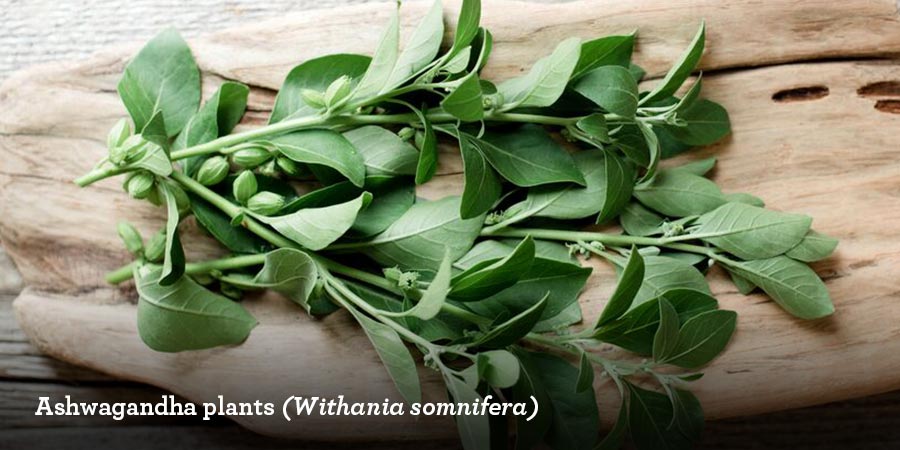 With ancient Ayurveda and modern science both suggesting an important connection between the health of the gut and the health of the brain, cultivating an environment of healthy gut flora is paramount. This trial was designed to study the use of various Ayurvedic herbs in relation to this goal.

Purpose of the Study

Most of the prebiotics commonly found in the market nowadays are isolates, which means that they are extracted from a substance for a specific functional compound. Yet the bacteria in our guts, just like us, need whole nutrients to flourish.10

By supplementing with an herb as compared to an isolated prebiotic compound, there is potential to support and nourish all the good bacteria in the gut, rather than just a select few, and consequently improve overall health and well-being.

Therefore, this study examined using certain nervine and nootropic herbs in their whole form for their potential to support the health of the gut with whole, plant-based, prebiotic nutrition.

These herbs were predicted to modulate short chain fatty acid (SCFA) production pathways in gut microbes to potentially increase levels of SCFAs such as neuroactive butyrate. SCFAs are important health-promoting compounds produced by the fermentation of fibers by friendly gut microbes. These microbial metabolites have a variety of positive effects, such as maintaining the health of the gut lining and signaling via the gut-brain axis.

This study used anaerobic human fecal samples to examine the effect of the following herbs:

Twelve healthy participants aged between 30­–60 years who had previously followed a vegetarian diet for more than one year were recruited to donate a single stool sample. The fecal cultures were then supplemented with a specific herb and profiled by 16S rRNA sequencing.

For each individual herb, alterations in the growth and abundance of specific gut bacterial species were tracked and recorded, in comparison to control samples with no added supplementation. The study revealed profound changes in the gut microbiome after supplementation.

The following explains the methods used to analyze each aspect of the study:

For the bacteria: 16S rRNA is a gene that is found in every microorganism. Studying this sequence is a standard technique commonly used in clinical microbiology for identifying different types of human microbiome present in the gut.12

In addition, the following was also observed: 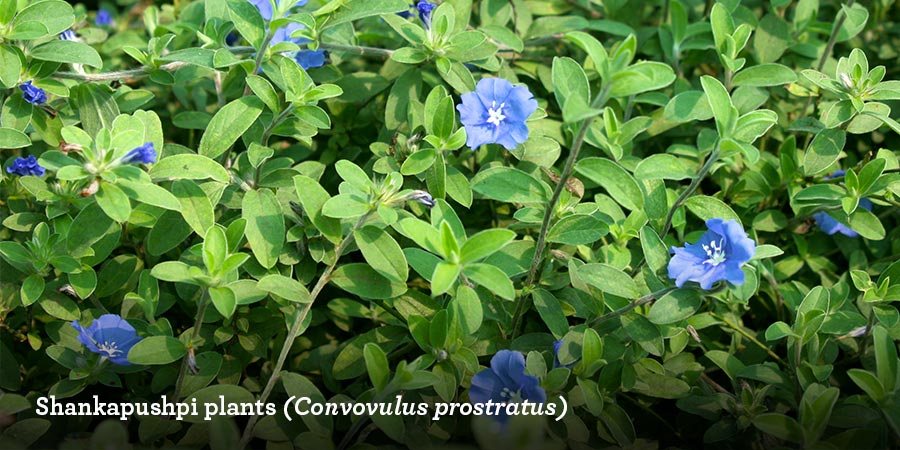 The results of the trial showed all of the herbs studied had an effect on the gut bacteria population. Herb supplementation induced profound changes in many diverse gut microbes with 1/3 of the detected microbes being modulated by the herbs.

These changes in the community’s metabolism may affect signaling in the enteric nervous system and ultimately the gut-brain axis, although future studies in human cohorts are needed to confirm such hypotheses.

Overall, the greatest changes in microbiome were observed in cultures supplemented with bacopa, guduchi, bhringaraj, ashwagandha, and shankhapushpi.

Compared to control cultures lacking any carbohydrate energy source, each herb was shown to stimulate the growth of unique strains of bacteria.

For example, ashwagandha, bhringaraj, guduchi, and mucuna stimulated the growth of Bifidobacteriaceae and Bacteroidaceae, whereas brahmi/gotu kola communities were dominated by Enterobacteriaceae and Pseudomonadaceae.

These results emphasize the unique properties of each herb and the complexity of the induced communities involved in the metabolism of each herb.

Many gut species also coordinated their response to herb supplementation, working together to efficiently metabolize the herbs. The analysis revealed interaction networks of microbes that may work together in the presence of certain herbs or sugars.

These results illustrate the cooperative nature of microbes and how they carry out complex biochemistry despite their limited genome size and coding potential. As such, microbiota as a cooperative community are greater than the sum of its parts.

All in all, the nervine and nootropic herbs analyzed in this study were reported to alter gut microbiota via the potent prebiotic effects of the herbs’ fibers and sugars, helping foster the growth of healthy gut bacteria to positively affect gut community metabolism and production of health-promoting compounds such as short chain fatty acids.

Continued study might further illuminate how these changes in gut population are related to each specific herb, but these initial findings clearly support the theory that these herbs have potential as prebiotic nutrition.

As studies on the gut microbiota response to herbs continue to mount, an age of modulating gut microbiomes in a targeted manner with herbal medicines may soon dawn.

Erin Smith is a clinical herbalist and ethnobotanist and has been working with medicinal plants for over 30 years. She is the Director of Herbal Science and Research here at Banyan Botanicals. Tikka Kumar, AP, is a trained Ayurvedic practitioner and is the Research and Product Development Manager at Banyan Botanicals. Learn more about Erin and Tikka.

1 “What's the Difference between Probiotics and Prebiotics?” SCL Health. https://www.sclhealth.org/blog/2019/07/difference-between-probiotics-and-prebiotics/.