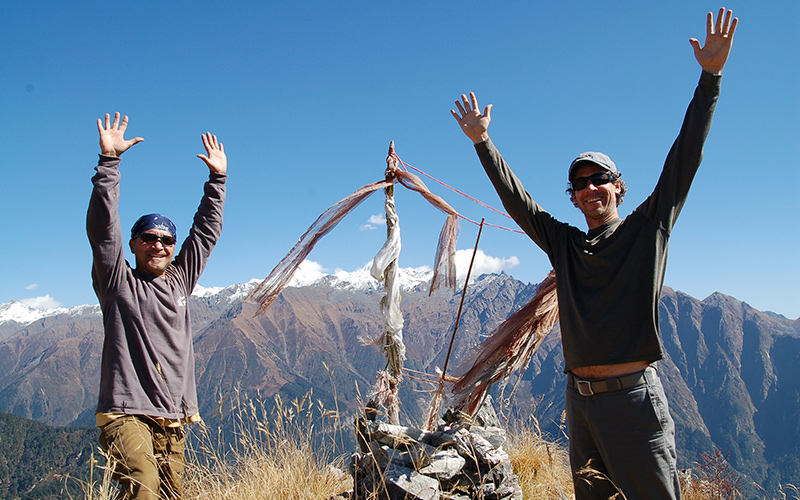 Banyan was founded in 1996 by Scott Cote and Kevin Casey in Albuquerque, New Mexico.

Scott began studying Ayurveda with Dr. Vasant Lad in 1986 as a student at the Ayurvedic Institute. His passion for Ayurveda and serving Dr. Lad landed him the responsibility of setting up and running the Institute’s herbal pharmacy. There he worked side by side with Dr. Lad for 10 years mixing formulas for clients while absorbing the wisdom of his teacher.

Kevin began his studies with Dr. Lad in 1993 and joined Scott in the herbal pharmacy the following year.

As Ayurveda gained in popularity, Scott and Kevin increasingly received requests for higher quality Ayurvedic herbs and products. At the time there were limited options and they could see that for Ayurveda to really take hold in the United States this supply issue would need to be addressed.

In 1996, the Banyan Trading Company was started out of a room in Kevin’s house with the mission of providing the highest quality Ayurvedic herbs and products to Ayurvedic practitioners. 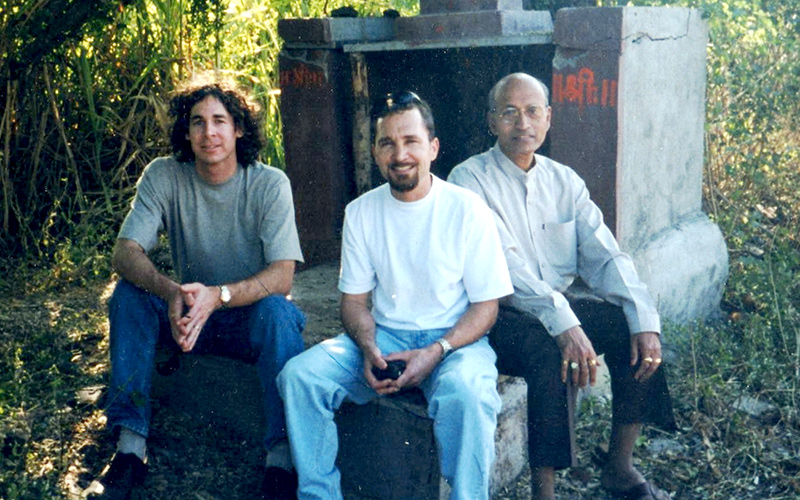 Dr. Vasant Lad with Kevin and Scott in India circa 1998

The company was well received by the budding Ayurvedic community and they quickly moved out of Kevin’s house to a small warehouse in downtown Albuquerque. The first Banyan employees were hired from the burgeoning pool of students graduating from the Ayurvedic Institute. The early culture of the company was a tight knit group of people passionate about the healing benefits of Ayurveda and dedicated to serving the Ayurvedic community.

In 1998, Scott used his expertise in formulating to create the Banyan Botanicals brand of herbal tablets. Beginning with 9 formulas, including customer favorites like Stress Ease and Mental Clarity, the line has now grown to over 40 offerings. Scott’s talent for creating tridoshic formulas that are both gentle and effective has propelled Banyan’s continued growth. Used by Ayurvedic practitioners across the country and around the world, his formulas are assisting thousands of people daily to achieve and maintain health and well-being.

In 2000, Banyan began selling direct to the public via catalog and the internet. The company continued to grow and in 2001 Banyan moved to a beautiful new warehouse in the heights of ABQ.

Since Banyan’s inception, Scott and Kevin have held the vision of having Banyan’s line consist entirely of certified organic herbs and products. In the 90s, organic certification was not yet possible in India. But in 2002, Banyan was contacted by Sebastian Pole, a pioneering Ayurvedic herbalist from the UK. Sebastian and his newly formed company, Pukka Herbs, had just completed the arduous task of setting up a network of farms in India and Sri Lanka that were cultivating Ayurvedic herbs that had been certified as USDA Organic by the Soil Association. The two companies established a partnership and an enduring friendship based on providing the West with certified organic herbs that are sustainably sourced and fairly traded.

Once certified organic herbs became available, Banyan undertook the process of transitioning its ABQ warehouse into a USDA Certified Organic facility. They achieved this status in the spring of 2003. Organic herbs were significantly more expensive than conventional herbs, but Scott and Kevin knew that the added cost be worth the investment. The organic herbs were vibrant with prana, essential life energy, and made superior products that would provide even greater benefits to their customers.

With certified organic herbs and an organic facility the next step was to address the challenges of manufacturing the products from start to finish while meeting the strict organic standards. Scott began making oils in large steam kettles, using a traditional method he learned from Dr. Lad. In 2004, Banyan introduced the first line of USDA certified organic Ayurvedic massage and herbal oils. Organic Nasya oil was soon added and then a line of organic herbal balms.

In 2005, Banyan opened their customer service center in Ashland, Oregon. There Kevin and the marketing/customer service staff enjoy the beauties of the Pacific Northwest in a community oriented towards sustainable living, an environment highly conducive to leading a modern Ayurvedic lifestyle.

Scott and Kevin continued to make regular visits to the farms in India with Sebastian. In the fall of 2008, they did an amazing trek in the Great Himalayan National Forest to look for endangered Ayurvedic herbs.

While there they traveled with their good friend Ben Heron, founder of the Indian-based herb company Biolaya Organics. For many years, Ben worked on a groundbreaking project for the cultivation of threatened herbs. Through his efforts the world was introduced to a sustainable, cultivated supply of CITES certified Kutki.

In 2008, with the development of organic excipients the long time dream of having USDA organic tablets was within reach. Over the next several years, Banyan transitioned nearly the entire line of over 30 tablets to organic.

In 2010, Scott and Kevin made the strategic decision to add new partners to the business that included a Medical Doctor and seasoned business professionals in the areas of hospitality, customer service, and human development. The new partners were also fellow students of Dr. Vasant Lad and deeply passionate about helping to continue to spread the wisdom of Ayurveda in the West. The expanded partnership was a match made in heaven and continues to propel the company to new heights with much enthusiasm for the opportunities to serve that still lie ahead.

Today, Banyan Botanicals continues to grow in service to the Ayurvedic Community while maintaining our focus on high-quality products, outstanding educational information, and excellent customer service. Ayurveda in the West is still very much in its infancy and there are so many people that can benefit from its wisdom. We feel we are just at the beginning of our journey and have much joyful work ahead of us.