The Crucial Need to Balance the Vayus—Subdoshas of Vata

Fall is the season for transition and change. In keeping with this phenomenon in nature, the Ayurvedic dosha that is predominant at this time of the year is vata. As one becomes more familiar with Ayurveda—as a practitioner or otherwise—it is easy to give only a passing thought to the doshas, forgetting how integral and central an understanding of the doshas, their key qualities, and the subdoshas can be in an Ayurvedic perspective of health. Amongst the three doshas, vata holds the key to so many health issues, as it is said that vata is responsible for eighty various diseases (whereas pitta is responsible for forty and kapha for twenty), of which a large number are related to neurological health. There is not a system or channel in the body that is not impacted by vata and its relative state of balance.

For just a moment, the basics: Vata is composed of air and space, and its qualities are dry, light, cold, rough, subtle, mobile, and clear. It embodies MOVEMENT, and anything in the body that involves mobility and movement involves vata. (Bowel movements, peristalsis, urination, menstruation, nerve impulses, thoughts, speech, hearing, joint and muscle motion, heart rhythms and circulation, breathing, creativity, flexibility, and attention and focus, are just a few of the functions of vata.)

Following the principle of “like increases like,” vata is aggravated by the three tastes: pungent, astringent, and bitter. Similarly, it is soothed and balanced by the three tastes: sweet, salty, and sour (in moderation, of course). And being composed of the air and space elements, the very essence of vata is prana, or the vital life force.

The five subdoshas of vata are prana vayu, samana vayu, vyana vayu, udana vayu, and apana vayu. These five sub-entities are all a part of vata as a governing principle in the body, but their delineation allows us to understand vata’s directional flow and functions in a more minute way.

This subdosha of vata is located primarily in the head, brain, and upper body. It is associated with sensory perception, thoughts, and respiration, particularly inhalation, as well as other downward movements that flow into the body, such as swallowing and sneezing. This flow of breath nourishes the brain, the nervous system, and the rest of the tissues in the body by carrying with it the oxygenation required to facilitate cell function. Prana vayu’s overall function is to fill space and to maintain life.

Pranayama is great for regulating all five subdoshas of vata, and particularly prana vayu. Nadi Shodhana and Brahmari pranayama can be useful to regulate prana vayu. Herbal remedies may include brahmi/gotu kola for function of the mind and tulsi for respiration.

Udana vayu is the subtype of vata that governs upward motion in the body. This vayu is crucial in maintaining memory and proper speech patterns. Located in the area of the diaphragm and thoracic cavity, it also interacts with downward flowing prana to regulate breath, particularly exhalation, which allows gaseous wastes to move up and out of the body. Imbalances of this udana-prana interchange can lead to hiccups and difficulties in optimal breathing patterns. On a more subtle level, in relation to speech, udana vayu is also associated with self-expression in general, as well as strength and the willingness to put forth effort to express one’s will. In illness, the upward movement of udana vayu is also associated with vomiting.

Udana vayu can be balanced using Nadi Shodhana and Ujjayi pranayama, as well as licorice for an herbal remedy.

Samana vayu, located in the area of the navel, particularly the small intestine and GI tract, has linear motion and governs the digestion of food and absorption and assimilation of nutrients into the body. It is also in the stomach and other digestive organs of the solar plexus, such as the liver and pancreas. As such, samana vayu plays a key role in kindling the agni (digestive fire), leading to the secretion of digestive enzymes, as well as peristalsis in the upper digestive tract.

Samana vayu is best regulated by kindling the digestive fire. Pranayama practices that can be useful for this purpose include Kapalabhati and Bhastrika. Herbal supplements can be chosen to not only help kindle agni, such as with ginger, but also settle vata in the upper digestive tract (bloating, gas), as with ajwain and Vata Digest tablets (also known traditionally as hingvastak).

This subdosha of vata oversees circulation and pulsation in the body. It is particularly concerned with the heart’s pumping and the circulation of blood, oxygen, and nutrients throughout the body. The heart’s rhythms as well as blood pressure can be attributed to vyana vayu (which can then also be impacted by pitta and kapha). In relation to the heart, the subtle function of vyana vayu also governs emotions, compassion, and courage.

Vyana vayu is balanced by Nadi Shodhana as well as by herbal rejuvenatives such as arjuna.

Apana vayu is the final subdosha of vata and is based in the colon and pelvic cavity. Its primary movement is downward and out of the body, governing the movement and absorption of material through the colon, and the excretion/expulsion of feces, urination, semen, and menstruation.

Apana vayu is of particular importance because the main seat of vata overall in the GI tract is the colon, and it is from imbalance in the colon that vata then overflows and spreads and accumulates in other locations in the body. Pain in the lower body, including in the lower back, thighs, and knees, is most often related to aggravated vata, as is menstrual pain caused by constriction and restriction in the pelvic area. Imbalanced vata’s erosive, drying, and destabilizing effects can be mitigated by balancing vata in the colon.

Apana vayu can be restored and grounded with herbs that promote a downward flow, like haritaki or triphala. Apana can also be imbalanced by excess dryness, stagnation, and loss of nourishment; these can be remedied by adding oleation to the diet in the form of ghee (clarified butter) as well as appropriate water consumption and physical movement (such as walking, yoga, and pranayama). Finally, one of the major detoxification methods that is particularly aimed at balancing vata and specifically apana vayu is basti, or herbalized enema. You can read more about basti in a separate newsletter. 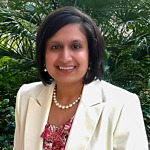