Five Great Ayurvedic Herbs for the Mind and Memory

As our population ages, declining mental faculties can take first place on the list of one’s health concerns. Brain-related disabilities affect some 25 percent of all people over 80.1 Research, though, is revealing Ayurvedic approaches to support the natural strength of mental capacities.

Medhya is an Ayurvedic concept that implies intellect or wisdom. Medhya remedies promote mental development and act as mental rejuvenatives, and they also bestow a mind that is mighty, vigorous, and pure.

There are many ways to bring medhya into play. Anything that promotes the sattva guna can help in our quest, and the yamas and niyamas of Patanjali are aimed at this. Ayurvedic herbal medicines also play a role. They engender and summon intelligence, memory, and mental perception.

Bitter taste is made from air and space energies, and these forces predominate in the mind. Bitter foods and herbs open the mind, increase sensitivity, awareness, and mental functioning. Since bitter herbs are cooling and calming, they combat mental dullness, allowing us to reach our full potential, becoming radiant and elevated.

Mind supplements include a large array of herbs and foods recommended to rebuild body tissues and restore lubricating fluids.2 Five of these mind-nourishing herbs stand out as pillars of an Ayurvedic approach.

Ashwagandha, sometimes named “winter cherry” or “withania," is a top mental rejuvenator.  Ayurvedic herbalists use the herb to reestablish long-term sleep rhythms. Ayurvedic herbalism also uses ashwagandha for general strength and support in times of occasional fatigue and exhaustion, and to support healthy memory and a strong nervous system.

This tonic herb, a relative of tomatoes and potatoes, is not stimulating, but rather relaxing. This allows one to use ashwagandha in larger amounts on a regular basis without concern for overstimulation, so this root is a superb remedy for nervous system support.

Study after study continues to confirm the benefits of this herb on stress tolerance, performance, and endurance.3,4,5 One study indicated that the herb supported the brain in times of stress.6 In another, ashwagandha was shown to support strength and physical working capacity.7

Ayurveda considers it a “grounding” herb, one that nourishes and regulates metabolic processes and supports a naturally balanced mood. Ashwagandha also supports memory, which makes it a great help to students for whom learning and testing are priorities.8

As well as being a slow-acting tonic herb, ashwagandha is a superb herb for balancing elevated vata, a common problem as age advances. It takes about a week to work up to an appropriate amount, and about another week for the herb to reach maximum effectiveness. Since ashwagandha is a slow-acting herb, you may take your daily serving at any time during the day.

A typical serving of ashwagandha is about 1 gram per day, and can be taken over long periods of time as a rejuvenator. Since ashwaganda is very safe, larger quantities are often used short term. In India, it is given with pungent, heating herbs such as ginger and pepper to ensure sufficient digestion.

Conscious communication is the essence of yoga. From your chakras to your nervous system to the words you speak, your very molecules are vibrating with the energy of your being, and transmitting that energy to all the other parts of our bodies and to people in your life.

Yoga exercises, pranayama, and lifestyle practices all support conscious communication, and there is one special herb that yoga reveres above all others for clarifying and expanding that special spiritual voice we all share.

Calamus root is a major herb for the mind and meditation and is highly esteemed by yogis. Though internal consumption is prohibited in the US, it can be used topically, either as a dry powder, paste, or as part of an herbalized oil. From a historical and international perspective, ancient yogis and seers used this herb, and it was said to stimulate the power of self-expression and to enhance intelligence.

Historically, calamus was used to promote a healthy brain, sharpen memory, enhance awareness, and increase communication and self-expression. The yogic name, vacha, means “speech," referring to its action on the fifth chakra and its propensity to help you speak from your highest consciousness.

Over the long term, calamus warms the body and pacifies the mind. Vacha was also combined with triphala as a general rejuvenative that bestows intelligence, longevity, and good memory.10

Vacha has a long and very special history in Ayurveda. For meditating yogis, it was quite a boost.

Thinking about thinking? Feel like you’re about to max out your personal hard drive? Brahmi/gotu kola is an herb with a long history of brain support. Brahmi/gotu kola, also called mandukaparni, is a mainstay of herbal medicine in Ayurveda. Widely considered a superior herb for the nervous system, brahmi/gotu kola has a host of benefits.11

In Ayurvedic medicine, this herb is called “brahmi," which means “godlike," a reference to its support of graceful aging and to its use as an aid to meditation. It has a bitter taste and is cooling to the body.

Brahmi supports healthy memory, concentration, and intelligence, as well as the voice, physical strength, and the complexion.

It is a jungle creeper that grows in hot moist climates. After all, it’s the food of the elephants, and we all know about their memories! Fresh, it’s a delicious salad vegetable. The juice of the fresh leaves is available at some juice bars.

More recently, a study out of Korea shows that components in brahmi/gotu kola show potential for supporting healthy memory, a very promising direction.12

Since brahmi is basically a mild salad vegetable, the serving can be a larger quantity. Try 1–4 teaspoonfuls of fresh juice every morning. Many people use a modest amount of 1 gram per day in capsules or tablets for daily rejuvenation. Try a cup of brahmi/gotu kola tea with honey before meditation.

Water hyssop (Bacopa monnieri), also referred to as brahmi in certain parts of India, is a steadfast mainstay of traditional Ayurvedic medicine. It’s used in Asia for support of the nervous system, mental energy, and healthy memory—it’s a powerful brain food. Meditators use it to increase comprehension, concentration, and recollection. Because it traditionally supports a person’s natural ability to solve problems effectively, it is often found in Ayurvedic formulas to cope with stress.

With nearly 300 studies in scientific literature, it has built up a solid base of scientific support for its many functions.

In support of the traditional use for promoting healthy memory, Australian researchers recently gave bacopa to seventy-six adults, aged forty to sixty-five years, in a double-blind randomized, placebo control study in which various memory functions were tested. Numerous memory tests before and after taking the bacopa showed that the herb significantly supported the learning process.13

Bacopa has traditionally been used for children as well. Indian schoolchildren take it at home. In 1987, Indian scientists gave bacopa to forty schoolchildren aged six to eight in a single-blind trial. The study showed support of learning, memory, and perception. The dose was 1 gram per day for three months of the dried plant extracted into a syrup form, and no side effects were recorded.14

The traditional serving can be up to two grams of the whole herb, in capsules, tablets, or tea, twice a day with warm water.

When we need mental peace and sleep, we may call upon shankhapushi to help restore clear quality of the mind and relaxation. Its flowers resemble the shankha or conch shell, thus the name. This herb is an outstanding rejuvenative tonic for the mind and nerve tissue. It is said to have profound mystical properties, with an affinity for the heart, throat, third eye, and crown chakras.

The herb is especially effective for mental peace and tranquility. Often taken with or prepared in ghee, it promotes serenity without dulling the mind. As it is balancing, its effect can be both uplifting and calming. Students traditionally use it to support a calm mind during exams. For support of focus and attention, it combines well with brahmi and licorice. For support of healthy sleep patterns, use shankhapushpi at bedtime (traditional use allows for up to 6 grams).

A healthy mind is at the forefront of Ayurvedic practices. These five herbs form the core of a superb mental-rejuvenative trove. They are waiting to help us stay calm, centered, intelligent, and exalted, and now might just be the time to give this collection of herbs a try. 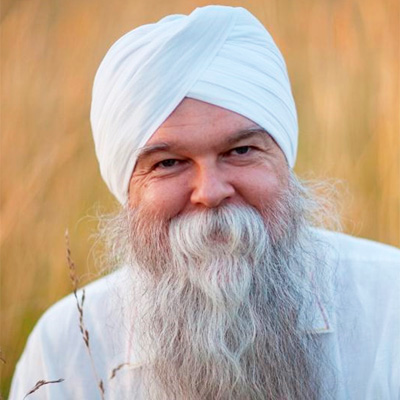 Karta Purkh Singh Khalsa, Yogaraj (Ayurveda), DN-C, RH, LMT, NCTMB, CC, NAMAPM, has over 40 years of experience in holistic medicine, and is one of the foremost natural healing experts in North America. Khalsa is President Emeritus of the American Herbalists Guild, and is a respected teacher, writer and lecturer. He is also a professor at Massachusetts College of Pharmacy, a founding faculty in the Ayurvedic Sciences program at Bastyr University, and a faculty member in the Botanical Medicine Department at the National College of Natural Medicine, where he trains naturopathic medical students.