The store will not work correctly in the case when cookies are disabled.
Skip to Content
Fresh Start Sale! 20% Off Orders Over $60 with Code BEGIN23 | Shop Sale >>

The Benefits of Punarnava

Punarnava (Boerhaavia diffusa) is classified as a weed by some, but it is beloved in the Ayurvedic pharmacopoeia thanks to its many benefits and uses. Considered one of the foremost herbs for the kidneys and liver, punarnava is a tridoshic herb that can pacify vata, pitta, and especially kapha dosha.

Ayurveda also considers it a rasayana (rejuvenative). In fact, its name loosely translates as "the one that renews the old body," alluding to its deeply rejuvenative properties.1

Characteristics of the Punarnava Plant

Punarnava is sometimes called “the renewer” thanks in part to the translation of its Sanskrit name—punar (“again”) and nava (“new”). This name speaks not only to punarnava’s rejuvenative properties, but also to its hardiness as a plant. After drying out in the hot summer season, it “renews” itself, blooming and growing fruits in the rainy season.2

Although it can be found throughout the world, it grows most abundantly in India and Brazil, where it goes by the name erva tostão.3,4

Other names for this herb include Indian hogweed, spreading hogweed, tarvine, gadhapurana, and spiderling (so called because of its long, slender stems). 5, 6, 7, 8

A perennial creeper that belongs to the four o'clock family or Nyctaginaceae, this plant can thrive in various growing conditions—and we even found it growing wild on one of our farms in India, along with bala, bhumyamalaki, shankhapushpi, and ashwagandha.

In appearance, punarnava grows up to a meter long, with spreading branches and clusters of small, thick, fleshy leaves that are often green and smooth on the top with a pale pink and hairy-textured under-side.

It has large, tuberous roots that are usually yellow, brown, or grey.9, 10 These roots are also sweet in taste, which can attract pests and pose problems to farmers.

Thanks to its hairiness and sticky quality, parts of the plant can get stuck to animal’s legs and human clothing, which can help spread seeds from one place to another.11 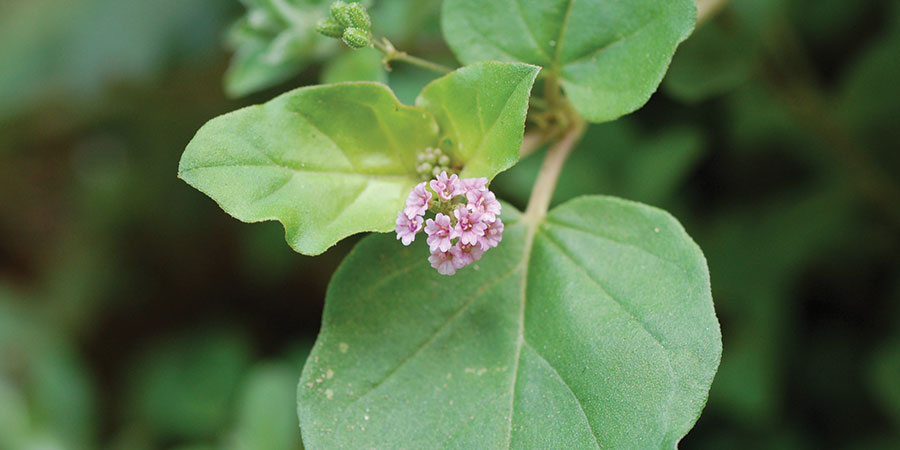 Punarnava’s list of benefits and history of use is extensive, stretching back thousands of years and throughout many cultures and regions. It is particularly revered for its unique ability to gently purge the body of excess liquids and stagnation, which benefits many areas of the body, including the urinary system and joints.12, 13

From an Ayurvedic perspective, punarnava has a bitter and sweet taste (rasa), with a heating action (virya) and pungent post-digestive effect (vipaka). It is balancing for all doshas (especially kapha) but may aggravate vata in excess. 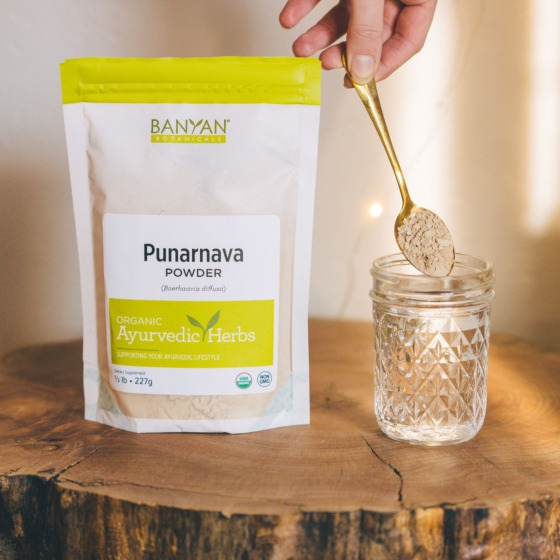 Over the years, many studies have been conducted regarding punarnava and its benefits, including studies on constituents of punarnava and formulas containing punarnava. Below are a few studies that have researched punarnava’s effects:

How to Take Punarnava

Punarnava can be effective on its own or in formulas. Banyan Botanicals carries punarnava powder, which is the most traditional method of taking the herb. Ayurveda teaches that taste plays an important role in the digestive process, signaling the body to initiate its own supportive mechanisms, so taking punarnava as a powder allows the opportunity to taste the herb for added benefit.

Punarnava is also included as a major ingredient in over 30 traditional Ayurvedic formulas, as well as in many proprietary blends. 23 It is the star ingredient of punarnavadi guggulu, a traditional formulation that combines punarnava with guggulu resin to carry its cleansing actions deeper into the tissues.

Banyan carries punarnavadi guggulu tablets and powder, and we also include this herb in several of our formulas. 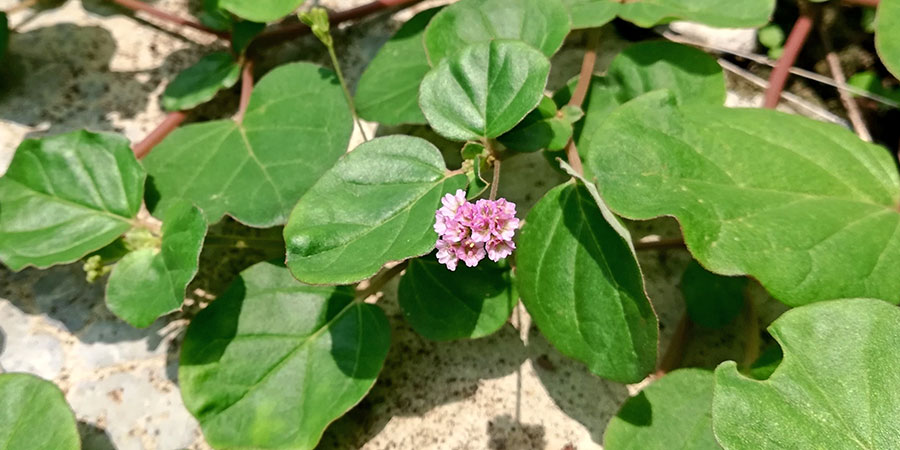 As a rejuvenative that can bring balance to all three doshas, punarnava is generally considered safe, although punarnava’s drying nature may increase vata in excess. Since it is also an energetically heating herb, it can potentially increase pitta if too much is taken at once.

Punarnava is not recommended for those who are pregnant or nursing, or for children under the age of 12. 24 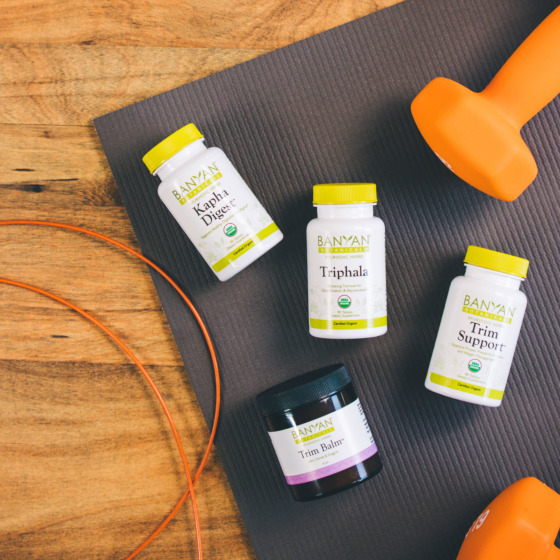 You can find punarnava in a number of Banyan products: 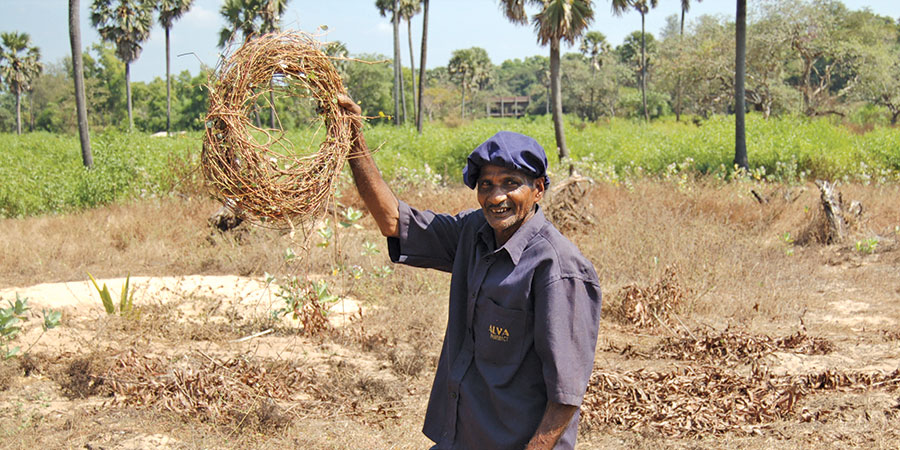 The Growing and Harvesting of Banyan's Punarnava

As a perennial that grows in such a wide range of places and spreads easily, there is little risk of overharvesting punarnava.

Our punarnava is grown on small organic farms in the regions of Rajasthan and Madhya Pradesh in India.

From May to July, punarnava seeds are sown by hand and by a seed drilling machine. We plant in well-prepared soil mixed with well-decomposed farmyard manure. Light irrigation is done after the crop is grown, and it only needs minimal weeding, which is done by hand.

After 120–150 days, the sown crop is ready to harvest by hand with the help of some tools like hoes.

Traceability of the herbs from field to shelf allows the supplier to know where and how the herbs were grown and when they were harvested. Banyan knows exactly where each ingredient was grown and can trace them from your medicine cabinet to the field.

Punarnava can adapt to a variety of environments—which helps it earn the title of “weed” in some cases—but it thrives when planted in well-prepared soil with the right amount of heat, sunlight, and water. Without these optimal growing conditions, the roots may not develop well.

It also does well as an intercrop, planted among other beloved Ayurvedic herbs like ashwagandha, shankhapushpi, and bala.

This is why we ensure sustainability by sourcing the herbs used in our products from privately owned farms where it has been cultivated, or from legal wild-craft sourcing. Our herbs are harvested at optimal times, using environmentally sustainable practices that are sensitive to the long-term health of the plants.

Looking After Our Farmers

As a certified B Corporation®, Banyan strongly believes in maintaining socially responsible relationships with farmers and is committed to following fair trade principles which include paying above-market wages, investing in the education of the farmers, and giving back to their communities.

Organic certification is an especially important consideration when choosing your herbs. When an herb contains genetic alterations or toxic residues from chemical pesticides, the very substance that was intended to support health and healing can be harmful. Buying organic herbs is the safest way to protect your body from these potentially dangerous toxins.

The punarnava in all of Banyan’s products is USDA certified organic, and is organically grown and processed in accordance with the USDA's National Organic Program. Banyan is able to ensure that organic farming practices are adhered to because we receive the ingredients from trusted sources whose methods have been verified and monitored. You can rest assured that punarnava sourced through Banyan Botanicals will be free of pesticides and other harmful chemicals.

Achieving Your Healthy Weight
More For You
Building a Healthy Immune System
Given the choice, who among us would refuse a hardy immune system? This guide offers a basic introduction to the Ayurvedic methods of supporting robust health.
Love Your Liver
Without question, the liver is one of our most vital organs. This resource will provide some practical guidance on encouraging the overall health of the liver.