The Benefits of Shatavari

Ayurveda’s well-loved rejuvenating herb, Shatavari, is closely related to a plant you might find regularly on your dinner plate. Its Latin name is Asparagus racemosus… it’s actually a member of the asparagus family! While shatavari’s better-known European cousin produces tender, delicious shoots above ground, Indian asparagus stores its treasures below the soil.

Upon first glance, you may be surprised to find what lies at the base of this delicate plant with soft, feathery leaves. Attached to its slender stem is an extraordinary mass of long succulent roots—some growing up to 3 feet in length. The name shatavari is derived from the Sanskrit words shat, meaning “100” and vri, meaning “roots.” The word vari can also mean “husband,” which may explain why shatavari is often referred to as “she who has a hundred husbands.”  The association with husbands and fertility is also a reference to the traditional uses of the roots, which for centuries have been used to treat and nourish women’s reproductive health. In fact, shatavari is often called the “quintessential” women’s herb.

The succulent roots of shatavari have the capacity to capture and store moisture in dry soils, which reflects its potential for replenishing fluids in the human body. The sweet and bitter tastes of this herb give it the energetic qualities to reduce vata and pitta, while increasing kapha if in excess. Shatavari’s nourishing properties are most notably used to rejuvenate the reproductive system of both men and women, supporting the healthy production of female hormones, milk (in lactating mothers), and semen (in would be fathers). 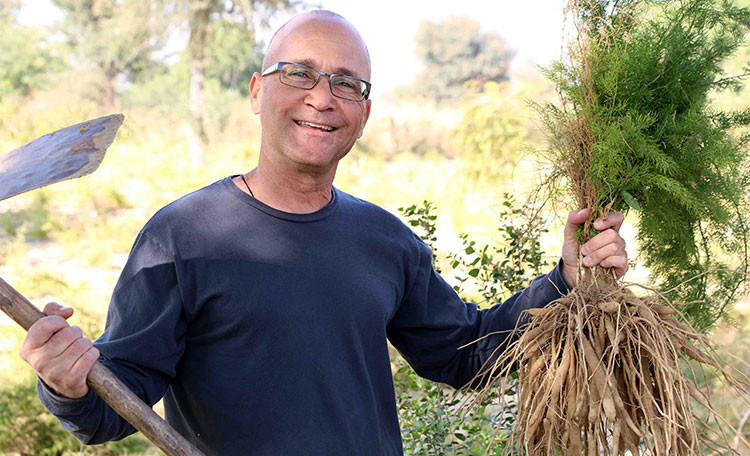 Traditionally, shatavari has always been collected from the wild where it used to grow in abundance. Unfortunately, the growth in demand, combined with a gradual loss of traditional knowledge, has led to over-exploitation of shatavari in its natural habitat, and in some areas it is now considered endangered.

At Banyan Botanicals we only source shatavari from organic farms where we have full assurance that it has been sustainably and organically grown. 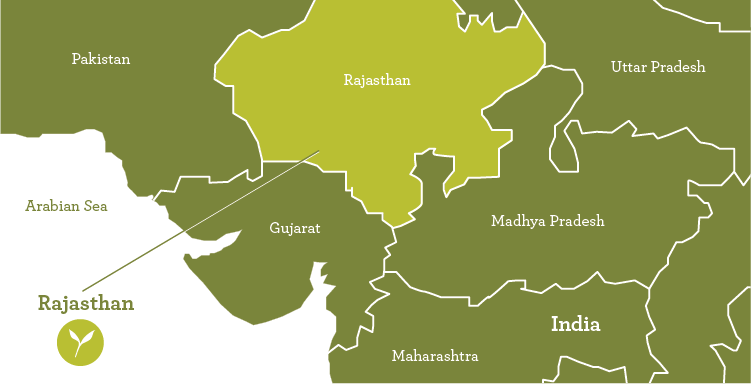 Finding the Right Conditions for the Most Powerful Plants

Shatavari demonstrates the strong ability to adapt to the surroundings of its native Indian subcontinent. From the tropical jungles of Sri Lanka to the foothills of the Himalayas, it can be found growing in surprisingly diverse environments. Although it is happy growing in humid jungles, shatavari can also thrive in extremely arid conditions.

Our partners in India experimented for years to determine the best growing conditions for full, juicy shatavari roots, and finally found the prime location.

Being an extremely adaptable plant it was hard to pin-down its preferred natural habitat; they tried forests, open fields, different soil types, and ultimately—to everyone's surprise—found it was happiest growing in the extreme heat of the desert of Rajasthan. 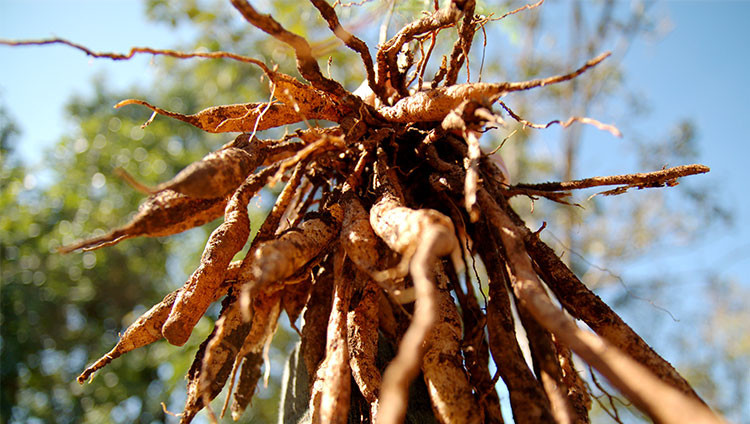 Taking Root: From Planting to Harvest

On our partner farms in Rajasthan, shatavari seeds are sown in the light sandy soil. Over the course of the next 18 months, the plants are gently nurtured with the help of a solar-powered drip-irrigation system, providing the ideal conditions for its many roots to reach their full potential.

The harvest itself is no easy task; a large hole has to be carefully dug around the roots so that they are not damaged in the process of pulling them out. It can take up to half an hour per plant—longer if it is deep in rocky ground.

Once harvested each root is carefully washed and peeled to remove the thick outer layer, and then laid out on drying racks where it rapidly dries in the hot desert air.

On our last visit to Rajasthan, we were lucky enough to taste freshly harvested shatavari root—a rare and refreshing delicacy.

Watch our Co-founder, Kevin Casey, as he talks about the benefits of this amazing herb in a field of organic shatavari, located outside of the city of Jodhpur, in the state of Rajasthan.
Recommended

Growing and Harvesting Amalaki (Amla)
More For You
Shatavari: Getting to Know Your Herbal Allies

Get to know shatavari (Asparagus racemosus), a sattvic herb best known as a powerful female reproductive tonic but capable of so much more. Find out how this amazing plant can be an herbal ally to most everyone and why no herbal education or Ayurvedic tool kit is complete without it.