Coriander: Getting to Know Your Herbal Allies

Coriander just might be one of the most underappreciated herbs out there, in spite of its popularity worldwide as a culinary spice. Most people know coriander by its Spanish name, cilantro, and they either love it or hate it.

Its aromatic fragrance is one of its many charms—although, to some, it may smell (and taste) like soap. (This discrepancy in perception has been traced to genetic differences in the genes that control our sense of taste.1) For those who love cilantro, it may grace everything from salads to soups to salsas.

“And the house of Israel called the name thereof Manna: and it was like coriander seed white, and the taste thereof like to flour with honey.”—Exodus 16:31

As noted above in the passage from Exodus, Coriandrum sativum has long been part of our cultural legacy. Believed to be native to the Middle East and Mediterranean, coriander can be found in regional cuisine worldwide.

It belongs to the Umbelliferae (Apiaceae) family of plants, with a slender stem and a beautiful white or pale pink blossom, and all parts of the plant are edible (with the leaves often referred to as cilantro and the seeds as coriander). The plant itself is beautifully delicate with the bright, earthy flavor of spring. (If, of course, it doesn’t taste like soap to you.) It is also known as Chinese parsley and in Sanskrit as “dhanyaka,” or “rich.”2

While grown around the world, coriander does not do well in the heat. It is an annual with a fairly short growing season, as it prefers the cooler temperatures of spring and fall. Once established in light, well-drained soil, with full to part sun, the plant will self-seed and sprout again the following spring.3 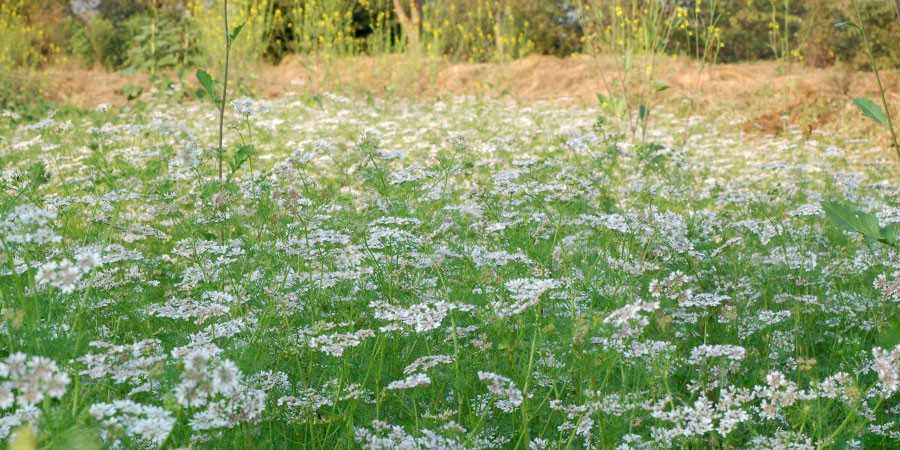 Historically and traditionally, coriander has been used to ease gastrointestinal discomfort. Ayurveda embraces this tradition and coriander is often used as an antidote to high pitta. It also famously makes up one-third of the formula CCF Tea, three seeds used specifically to support appetite and the digestive and detoxification processes.

Energetically, in Ayurvedic terms, coriander is considered both a warming and cooling herb, depending on the part of the plant used. The leaves are said to be cooling and can be made into juice or a poultice used to ease mild skin irritation, while the seeds are said to be warming, which may help to gently stimulate appetite, assimilate nutrients, and aid in the elimination of natural toxins.2

While mainly known for its strong affinity and benefit to the digestive system, coriander may also benefit the urinary system and the lungs by helping to clear heat and mucous, respectively. 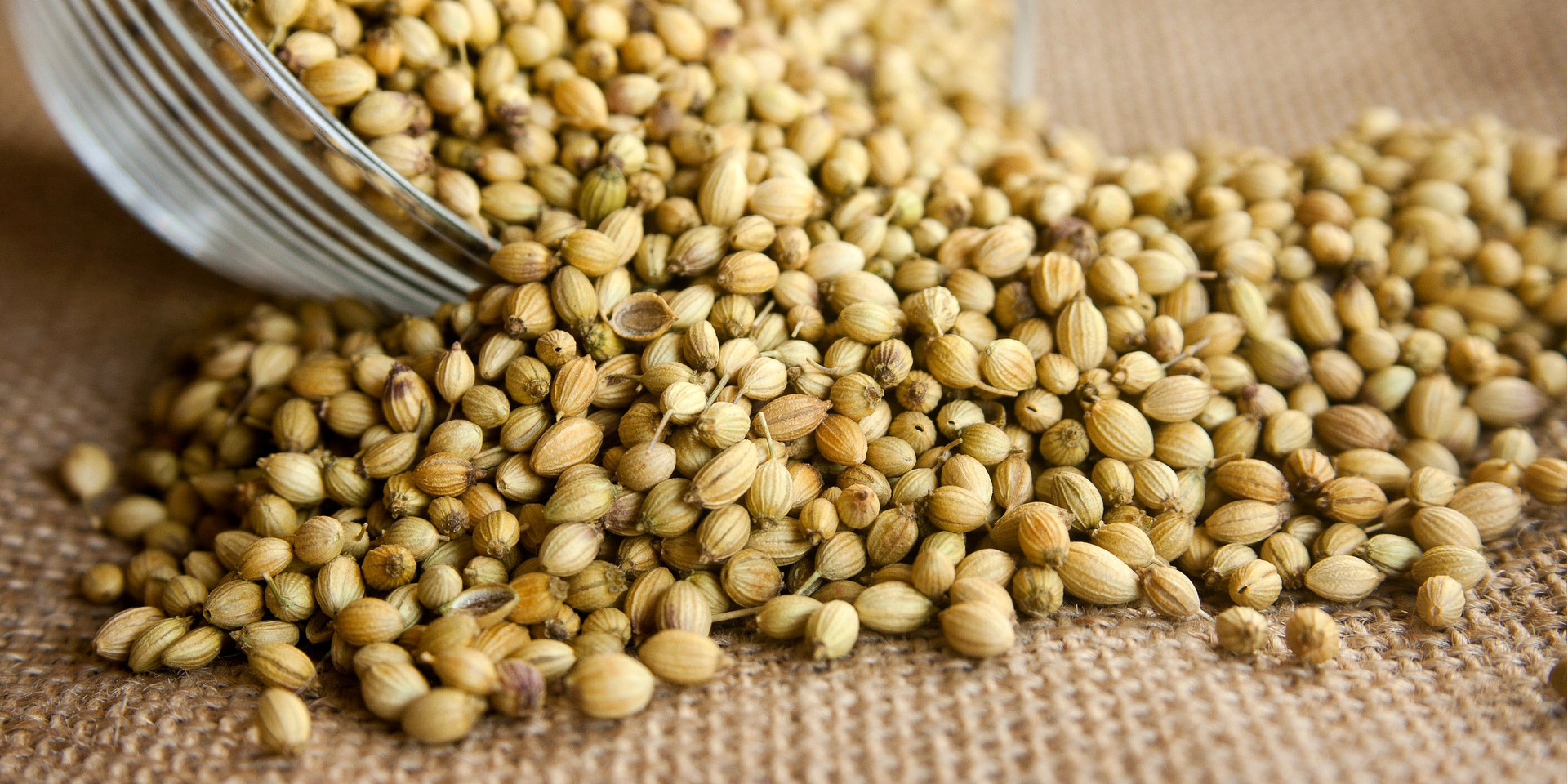 As previously mentioned, all parts of the plant are edible. The leaves are most often used fresh, while the seeds can be used whole or ground into a powder and used as a spice.

The following recipes feature both the cilantro leaves and coriander seeds:

Coriander also blends well with other herbs, and you can use it to create your own unique herb blends. For more ideas on seasonal spice blends, check out DIY Spice Blending.

An herb that has been around as long as coriander is sure to know a few things. However you decide to use this versatile plant, we hope it brings you good health and pleasure—and that you might be one of the lucky ones for whom coriander does not taste like soap!

Fresh Coriander Chutney Recipe
More For You
Fennel: Getting to Know Your Herbal Allies

As an herb with a long, rich history of culinary use, fennel (Foeniculum vulgare) doesn’t need much introduction. With a nutty, sweet flavor reminiscent of licorice or anise, and its strong, slightly sweet fragrance, fennel seeds have been a favorite ingredient in cuisine for centuries... But have you heard of the numerous healthful benefits that it provides?

The Importance of Healthy Digestion
Gain a deeper understanding and appreciation of the role digestion (agni) plays in your overall health, and learn practical tools to keep your digestion strong.