The store will not work correctly in the case when cookies are disabled.
Skip to Content
Free Standard Shipping All Weekend Long! No minimum required. Expires Dec. 5th, 2022.
Banyan Blog

Harnessing the Power of Mantra

In Ayurveda, each of the five elements relates to one of the five senses. Ether is the element associated with sound, and every sound carries a vibrational frequency that can be classified as vata, pitta, or kapha. Vata sounds (including speech) may be erratic and vary in pitch, whereas pitta sounds are sharp and steady, and kapha sounds are slow and monotonous. When used correctly, sounds can greatly affect our state of mind, emotional health, and provide a balancing effect on the doshas! Thus, it’s vital to use proper pronunciation when repeating mantras, in order to generate the highest vibrational frequency. As you chant mantras, they purify the physical and mental bodies.

The Power of Sound

A mantra (phonetically MUN-truh) is a sacred word, sound, or phrase, often in the Sanskrit language, that is believed to have a spiritual and psychological power. Meaning “tool of thought” in Sanskrit, a mantra is often used in meditation as a way to harness and focus the mind.

The ancient Indian mystics knew that sounds reverberate in our bodies as we speak or hear them, and they used these intonations for medicinal purposes. One way that sound healing is used in Ayurveda is to repeat a mantra that targets a particular organ—repetition of the organ-specific mantra sends energy and intention to that point in the body. Interestingly, each sound in the Sanskrit alphabet is associated with a particular part of the body. As we repeat these Sanskrit syllables, we are energizing certain organs, bodily systems, and tissues.

The most basic mantra is Om, the primordial sound. It’s said that the universe arose from Om. For this reason, you’ll notice Om at the beginning of practically every mantra, and often at the end as well. Some examples are Om Shanti or Om Gurudev or Om Shakti Om.

A great benefit of mantra repetition is that it can be practiced anywhere by anyone. There are literally millions of mantras from which to choose, and you can select one that resonates with your intentions. Alternatively, you can recite whatever mantra inspires you at a particular time and place. 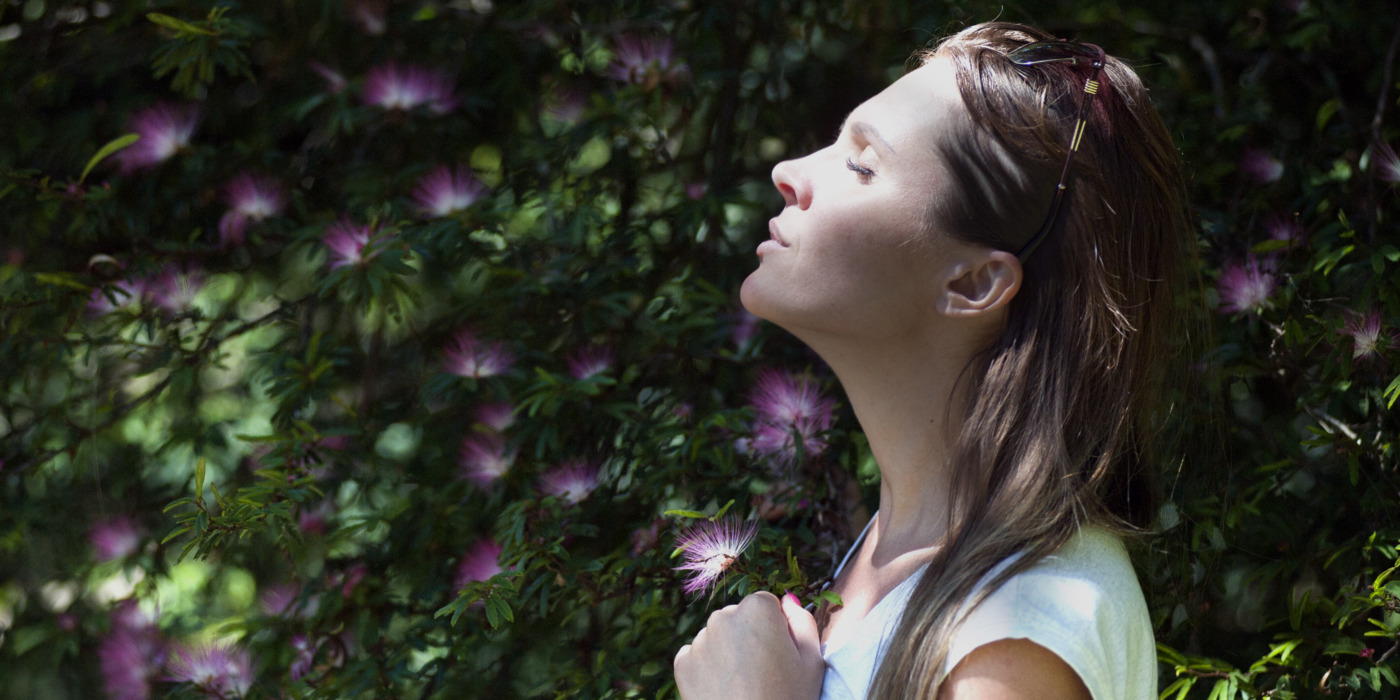 For thousands of years, devotional seekers have chanted the name of their object of devotion. This is often directed to their guru or to a specific deity as part of a spiritual practice.

Traditionally, a mantra was passed down from a spiritual teacher (guru) to their student (disciple). This was a form of initiating the disciple into a specific spiritual tradition. Wherever the disciples went, they recited this root mantra as a method of connecting with their guru and tradition. Even in present day, there are many spiritual lineages that impart a particular mantra for their devotees to chant.

Mantras are also seen as a form of protection. As the disciples feel connected to their guru via the mantra, they also have faith that they are being watched over. They believe that guru is guiding them on their path and looking after them, regardless of whatever apparent challenges arise. Seekers often gather together to chant their mantra as there is an inherent power in the vibrational frequency of group recitation.

People from various religious traditions carry prayer beads or japa malas when repeating a mantra. It’s another tool to keep the mind focused on a spiritual pursuit. It helps tame the anxious vata mind or the critical pitta mindset. Traditionally, a mantra is repeated 108 times or alternatively, 54 or 27 times. However, what’s most important is to repeat it with heartfelt devotion and purity of mind.

The more frequently that a mantra is repeated, the more spontaneously it arises from within as it becomes part of cellular memory.

Mantras can be chanted aloud or internally. Both methods have certain energies attached to them. When chanted aloud, a mantra will impact our external environment. However, when repeated silently, the mantra begins to have a more calming effect on the mind and our cellular makeup.

In terms of Ayurveda, vata people might recite mantras quickly and be scattered in their practice.  They often seek variety in their mantras and the times and duration at which they are practiced.  Pittas can be loud, precise, and focused in their mantra recitation. They may schedule mantra time in their calendar and do it for a desired effect. And kapha types might chant slowly and devotionally. Once they are hooked on a mantra, they will often not want to change.

If you’ve never repeated a mantra, give it a try for a week and note what happens to you, both mentally and physically. You can incorporate it with your meditation practice or just do it on its own. If you are a regular mantra practitioner, reflect on the types of mantras are you attracted to and how they make you feel—are they energizing, calming, centering, grounding? You may feel more at ease and balanced. Repeating a mantra is also a way to help restore balance, and it can be an important part of your Ayurvedic daily routine.

Madhavi Rathod is an Ayurvedic practitioner and Vedic astrologer residing in the Bay area. She is a graduate and former staff member of the Ayurvedic Institute. She incorporates these sister sciences in her practice to help bring greater balance and harmony into her client's lives. You may follow via her blog, Facebook page, and Twitter.

Do you wanna know the best way to super-charge your dreams? Start taking care of your body. Your mind will thank you. Here is my basic Daily Ritual.

The Spirituality in Self-Care

“How can I be more spiritual?” is a question I hear regularly. I hear it from the mouths of some of my clients and students, and I sense it from the explosion of interest in yoga and Ayurveda. We are turning to these ancient sciences because we are ready for deeper connection, more meaning, and more truth in our lives.