Peace in Action with the Power of Prostrations

As we look at the state of the world around us, there is no denying that we are living in a complicated and complex time on planet Earth. One of the foundational principles of Ayurveda is that our individual and collective health is deeply connected to our ability to live in harmony with nature—a priority that in many ways has been forgotten in modern times.

The ancient practice of prostrations, or pranams, is one simple way that we can practice returning to a place of respect and reciprocity with the earth which we call home.

You can think of a pranam as a bow to the earth. And although there are many ways to bow, it has been a common practice throughout history and many different spiritual traditions to show respect and gratitude to the sacredness of the earth, and of nature, by laying one’s entire body against the ground.

There is a primal resting and remembering that happens when we rest our belly on the belly of our great Mother Earth. This full-body posture instinctually transforms us, releasing tensions and opening us to guidance. It is an embodied ritual movement of renewal.

A pranam brings about a natural letting go that anyone with or without any spiritual or religious background can experience. It is the power of renewal that is inherent in life. A humble strength that can give energy to the earth, while also receiving energy from a deep reservoir that is greater than one’s individual self.

Prostrations arise from life circumstances that bring us to our knees—whether in joy or in great challenge. They are the ground from which our prayers are born and our inner wisdom flowers.

In this simple act of bringing our bodies close to earth, the busy mind has a chance to become quiet. In that reverent place of silence, we can begin to listen through our inner ears, see with our inner eyes, and speak from our inner heart. This practice is as old and as natural as the beginning of human life on Earth. No instruction is needed to awaken to the healing power of prostrations.

With this short and effortless practice, we can release our fragmented thoughts, calm any stirring emotions, and honor the intrinsic call to connect to the sacred quality of life that exists in nature all around us. In this ancient act of reverence, we have a powerful, all-in-one practice in which we can lay our burdens down, make an offering of our love, and literally embrace our Mother Earth.

Exploring Pranams in Your Yoga Practice

The practice of prostration can be done anywhere, anytime, and for many of us, simply taking three minutes out of the day to kneel or lay down on the ground (or even on a soft, carpeted floor) is all that’s needed to remember a sense of gratitude and connection to the earth.

That said, you may also want to incorporate pranams into your yoga practice as a way to bring deeper meaning to your movements. In fact, the concept of prostrations has been an element of yoga practice since ancient times.

Some of the earliest tantric texts, now being translated for the first time by scholars in the field of yogic philosophy, speak of poses like Chaturanga Dandasana (Four-Limbed Staff Pose) and Sun Salutations (Surya Namaskar) as embodied movement, meditation, and prayer—based on the Vedic practice of offering mantras at the sunrise and sunset.

Below are a couple of ways that prostrations—and the intention of offering respect to the earth—can easily and naturally be woven into your practice. 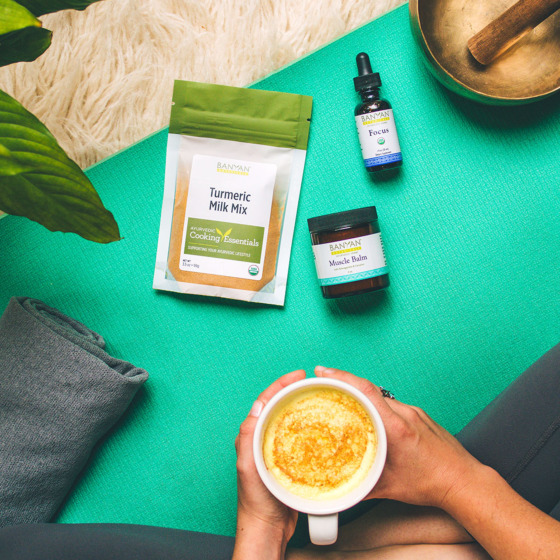 Chaturanga Dandasana, the low push-up, or “The Four-Limbed Staff” pose that hovers over the earth, is found everywhere in the contemporary yoga world.

As an asana, its practice has exploded around the globe through the popularity of vinyasa classes and other hybrid fitness forms based on Krishnamacharya’s vinyasa krama lineage. As a core movement in Surya Namaskar, it is commonly repeated vigorously as a connection between poses, cultivating core-strength, and stoking the internal fire.

But if we look towards the origins of Chaturanga Dandasana we can find a jewel that got lost in translation and goes far beyond a physical strengthening exercise. Chaturanga Dandasana originates as a way to get into a prostration—a Dandavat (Staff Pose Upon the Earth), also known as a pranam.

Chaturanga Dandasana without prostration runs the risk of ego-imbalance, of becoming caught in self-focus and over-emphasis on the outer form of the pose. But when this challenging pose is followed by resting your weight completely on the ground—a whole-body prostration to the earth—it creates a totally different experience of Chaturanga.

It calls you to integrate the outer with the inner—to literally give your strength, tensions, and worries to the earth. The heat of chaturanga is balanced by relaxation and release. The strength you generate by holding your body inches off the ground is then offered as a gift of surrender. And that surrender can rise again through the heart as you continue our yoga practice.

The beginning of a pranam and the beginning of Surya Namaskar are the same. With hands at the heart, there is a movement of opening by reaching upward to the sky through the life-giving inhale. Then there is the bowing forward towards the earth with the exhale.

As you move into Chaturanga Dandansa or any other modified variation to lower to the earth, you have a chance to give your strength as a full-hearted offering. You can even accompany Chaturagana Dandasana with the mantra “om pusne namaha,” meaning, “I bow to the giver of strength.”

As you lower towards the earth from Chaturanga to your full prostration, rest with this intention in your heart, whether for a moment or a long, complete surrender. Give your strength to the earth, and let yourself receive the earth’s strength in return as you rise again into Cobra (Bhujangasana) and continue through your sun salutations.

Explore the power of prostrations by beginning your day, or any yoga practice, with this movement meditation. You can offer 1, 3, 9, 18, 27, 54, or 108 sun salutations as a transformative 5–60 minute practice wherever you are.

I have returned to the practice of prostrations so many times, in so many places. I have done pranams on temple grounds, in my own home, and in the middle of a hotel room in Manhattan. I have practiced in sacred places such as Khajuraho, Chidambaram, and the Taj Mahal, with thousands of pilgrims resting their bodies on the raw earth.

There is profound wisdom within this full-body mudra of surrender and relaxation—an answer to the inherent call to return to the earth and listen to her guidance. In these modern times of complexity and challenge, it is one simple way to give our strength to the earth and rise with grounded presence. This yoga of prostration is love in action. 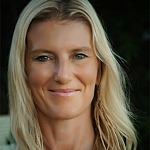 Shiva Rea is a wave rider dedicated to the roots and evolution of vinyasa as a universal yoga for all. She has taught thousands of students, teachers, and movers and shakers how to integrate yoga as a way of life. Her award winning home-practice audio-video practices have helped spread vinyasa around the world. She is the founder of Global School for Living Yoga, Prana Vinyasa, Yogadventures Retreats, and Samudra Global School of Living Ayurveda, an online portal for transformational living vinyasa practice. Connect with her at www.shivarea.com.

If we understand the deeper why and how of intention-setting, it can be an incredibly powerful tool for manifesting our dreams and turning our visions into reality.

Yoga for When You're Too Busy for Yoga

When push comes to shove, it's easy to forgo our good intentions because the demands of life beckon our attention (and consume our time). Read this article for a simple yet powerful practice for busy days.