Sanskrit: The Language of Ayurveda

Did you know that without Sanskrit, we would not have Ayurveda? Learning a little bit about this ancient and sacred language can serve to deepen our understanding of the history, practice, and theory of Ayurveda.

The Sanskrit language is a huge part of the larger cultural context from which Ayurveda was created. In today’s modern world we have become familiarized with some Sanskrit terms such as yoga and dosha, but the roots of the language are profound and wide-reaching.

Sanskrit is a highly complex language that is nuanced, poetic, and deeply powerful.

In this article, we’ll take a look at the history of Sanskrit and the many ways it is still alive today. When we understand more about the context from which it comes, Sanskrit helps open our eyes to the depth that Ayurveda offers.

The History of Sanskrit

Sanskrit is a traditional language of South Asia that belongs to the Indo-Aryan branch of the Indo-European languages.1

Sometimes known as the mother of languages, Sanskrit is one of the oldest languages known to humankind.2

This ancient language has influenced various languages throughout the world and has impacted several parts of Asia as it traveled with nomadic peoples. Not only is Sanskrit directly related to hundreds of languages spoken in Asia, but it is also directly related to Indo-European languages like ancient Greek and Latin.3

Sanskrit is used as the primary language for influential texts from many religions, including Buddhism, Jainism, and Hinduism.4 The most historic of these is the Rig Veda, a collection of hymns composed between 1500 BCE and 1200 BCE by Indo-Aryan tribes migrating east from what is now Afghanistan across northern Pakistan and into northern India. The Rig Veda is the oldest in a compilation of texts known as the Vedas from which Ayurveda originates.5

The Indian subcontinent has known hominid activity that stretches back over 250,000 years, making it one of the oldest inhabited territories on the planet. The Indus Valley Civilization (circa 7000–600 BCE) was an enormous territory spanning more than either Egypt or Mesopotamia.6

The inventions of the people of ancient India include many aspects of modern life including drainage and sewer systems, public pools, math, surgery, yoga, and Ayurveda.7 These progressive civilizations all share a thread of utilizing the Sanskrit language, whose prose, rhythm, meter, and complexity enhanced the culture of the times. 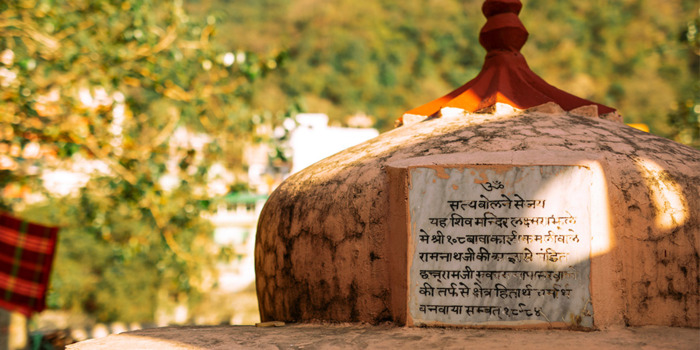 The Power of Vibration

It is impossible to separate Sanskrit from the religious and spiritual cultural context within which it has grown for thousands of years in the South Asian subcontinent.

The script of Sanskrit, called Devanagari, means “writing of the Gods.” 8

The language is deeply rooted in correct pronunciation in order to elicit the deeper spiritual tones necessary for transmitting its depth and resonance. Because of the living vibration of sound, which travels as a sound wave from one place to another, Sanskrit is recognized as a language that has the power to heal. 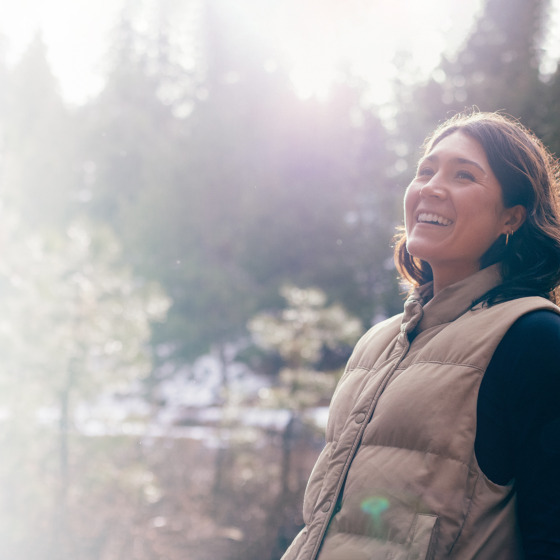 Several mantras, sacred Sanskrit phrases, have been passed on as oral tradition for thousands of years to maintain the sacred vibrations of these spiritual words.

In Ayurveda, important concepts like the doshas of vata, pitta, and kapha, the philosophy of samkhya, and the understanding of panchakarma would fall flat without their Sanskrit names.

Though there are English translations for these words, using Sanskrit honors the historical context of the language and also brings to life the deeper meaning held within the vibrational words.

Rooted in a culture deeply entwined in spirit, the natural elements, and a poetic understanding of the universe, it makes sense that the sacred Sanskrit language is so intimately tied to the healing traditions of Yoga and Ayurveda.

Ayurveda’s three main texts, called the Brhat Tryai, are all written in Sanskrit. They are named the Ashtanga Hridayam, Charaka Samhita, and Sushruta Samhita.9 Though there are many additional texts that are integral to the understanding of Ayurveda, most of our foundational knowledge comes from these texts.

Here in the West, we rely on the translations by scholars to help us understand Ayurveda from their original sources. However, in Ayurvedic education in India, knowing Sanskrit is necessary to studying Ayurveda.

Many words in the English language that we use daily have roots in Sanskrit.

For example, the word father comes from the sanskrit word pitár and mother from mātár.

It is no coincidence that these powerful titles for our loved ones have roots in Sanskrit. Though Sanskrit is no longer widely spoken, it is a language studied by many scholars thanks to its rich complexity, and it has much to teach us about powerful concepts in our lives such as love, peace, and truth.

In Sanskrit, there are over 1,000 terms that can mean love.

The term bhāva can mean love born out of spiritual intention, such as loving devotion towards a God or deity. The term kāma on the other hand refers to romantic love, full of the desire and lust that we might feel towards our romantic partners.

When we examine the many meanings of love in Sanskrit, there is an opportunity to learn about the importance of the idea of love and how it lives in us in so many different and meaningful ways.

Similarly, in Sanskrit, both the words abhaya and śānti can mean peace. Abhaya refers to a peace we feel when there is an absence of fear, whereas śānti means the kind of peace that is attained by a calm mind and which carries with it a sense of inner tranquility. 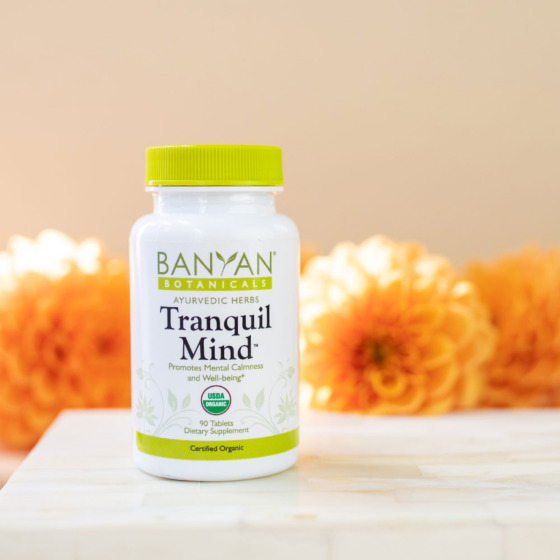 Though these terms are clearly related in meaning, their quality or intention offers a clear and specific differentiation in what we actually mean by peace. In this way, the Sanskrit language invites us to think deeply about what we really mean by the terms we choose to use.

Without Sanskrit, our understanding of Vedic sciences like Ayurveda, Yoga, and Jyotish would be incredibly limited. Sanskrit’s ancient roots of deep inquiry, thoughtfulness, and connection to subtle vibrations is part of the wisdom that we can recollect from times past.

Throughout the many iterations of conquering and colonization of the South Asian subcontinent, Sanskrit has continued to live and thrive through the hearts of dedicated linguists, scholars, and familial lineages.

In honoring Sanskrit and learning more about the historical roots of this beautiful language, we have the opportunity to more deeply understand the wisdom of Ayurveda, and ultimately learn more about ourselves. 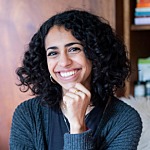 Anjali Deva is an Ayurvedic practitioner, writer, and teacher in Los Angeles, California. Her private practice, Rooted Rasa, specializes in understanding anxiety, depression, PTSD, digestive disorders, and women’s health from a holistic and integrative understanding. Her strong passion for digestion and mental health provides others with a holistic approach to find their inner harmony and resilience for healing. Personally influenced by using food as medicine, daily and seasonal routines, western herbalism, Buddhist philosophy, and breath-based practices, her approach to Ayurveda is gentle and compassionate. Anjali believes strongly in the importance of connection and the need to heal in community. She is dedicated to sharing the Wisdom of Ayurveda for the benefit of all living beings. Find her at rootedrasa.com.

Introduction to Ayurveda
More For You
Harnessing the Power of Mantra

When used correctly, sounds can greatly affect our state of mind, emotional health, and provide a balancing effect on the doshas! The ancient Indian mystics knew that sounds reverberate in our bodies as we speak or hear them, and they used these intonations for medicinal purposes.

Vata, Pitta, and Kapha
Vata, pitta, and kapha—collectively known as the doshas—are one of the most foundational concepts in the tradition of Ayurveda. But what are they, exactly? In essence, the doshas are energetic forces of nature, functional principles that help us better understand ourselves, and the world around us.

2 Media, and Media. “What Is the Oldest Language in the World.” The Spanish Group, July 27, 2021. https://thespanishgroup.org/blog/what-is-the-oldest-language-in-the-world/.

7 D'Mello, Gwyn. “11 Ancient Inventions & Discoveries of Science That India Gifted to the Rest of the World.” IndiaTimes, January 26, 2018. https://www.indiatimes.com/technology/11-ancient-inventions-discoveries-of-science-that-india-gifted-to-the-rest-of-the-world-338417.html.