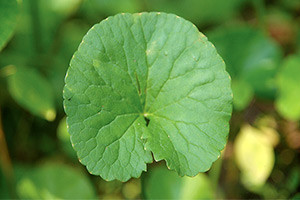 The Benefits of Brahmi

"Brahmi" has been used to describe two distinct Ayurvedic herbs—Centella asiatica and Bacopa monnieri—and brahmi is a fitting name for both of them. Brahmi is a Sanskrit word that refers to the feminine essence of universal consciousness as well as the creative potential that emerges from pure awareness. Continue Reading >

Brahmi, also known as gotu kola, is one of the most powerful brain tonics in the Ayurvedic pharmacopoeia. It has been used in Asia for thousands of years, both as a medicine and as a delicious leafy vegetable. This luscious green herb is a favorite in helping to improve mindfulness, revitalize consciousness, and maintain a sharp intellect.

Gotu kola (Centella asiatica) supports healthy circulation to the brain, which supports cognitive functioning such as memory and concentration. Additionally, as a natural blood purifier and nervine, gotu kola is particularly supportive in alleviating skin irritations caused by stress.

Gotu kola is a small creeping herb that is native to Asia and naturalized in other parts of the world, including Africa and the US. It is a water-loving plant and is commonly found growing along streams, irrigation ditches, and in rice paddy fields. It’s often seen growing in the boggy areas that accumulate around water pumps in Indian villages.

The plant has distinctive round leaves, often described as “brain-shaped,” which interestingly conforms with the “doctrine of signatures”—a fascinating idea, although not necessarily Ayurvedic, that says herbs treat the part of the body that they resemble. 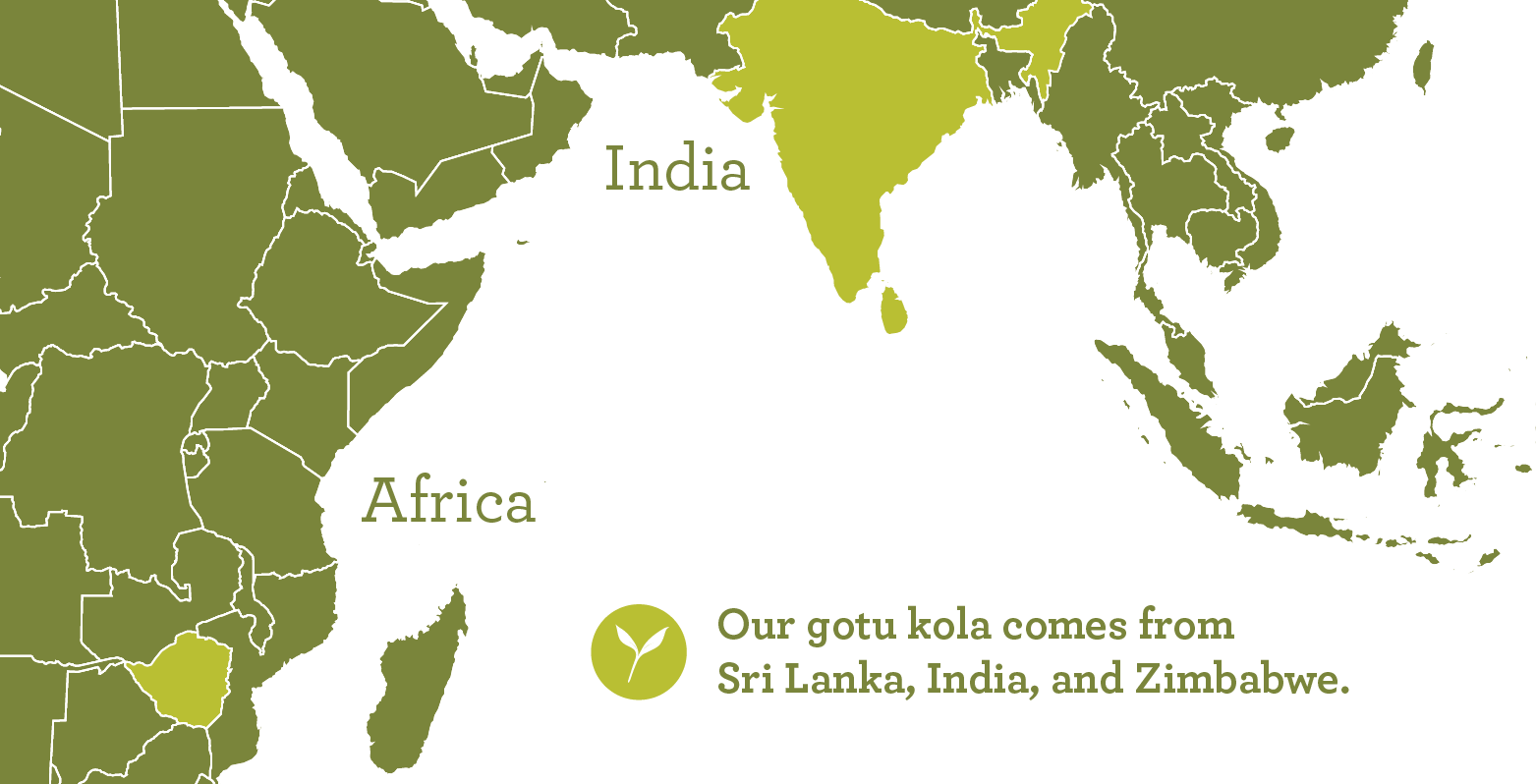 The Origins of Banyan’s Gotu Kola

Over the years we have sourced our gotu kola from Sri Lanka, India, and Zimbabwe.

Sri Lanka has a very well-established tradition of growing gotu kola; it is in high demand for one of Sri Lanka’s most popular health food dishes—the gotu kola sambol (a salad made of finely chopped gotu kola leaves, chili, and other spices). Another reason gotu kola is so popular in Sri Lanka is because the plant thrives in the warm, humid climate and can easily be grown in the country’s ubiquitous flood-irrigated rice paddy fields.

Zimbabwe is less known for gotu kola cultivation. However, we have found that it produces potent, high quality leaves.

Most of the gotu kola that comes from India is collected from the wild. From an ecological perspective, this is not a concern because only the aerial parts (not the roots of the plant) are harvested, and they regenerate quickly. However, from a quality perspective, wild collection is a risk due to the number of contaminated water sources that may come into contact with a wild growing plant.

To ensure the purest quality, we choose to only support projects that work with local farms that cultivate gotu kola on organic land and irrigate with pristine, clean water.

The Many Names of Gotu Kola

Gotu kola (Centella asiatica) is often confused with another herb that supports cognitive function, bacopa (Bacopa monnieri). The two herbs are not related, and they do not look similar, but in India they are both known as brahmi, which causes the confusion. Banyan Botanicals belongs to the school of Ayurvedic thought that brahmi is Centella asiatica, not Bacopa monnieri, which we refer to as simply bacopa.

In Sanskrit, gotu kola is known as mandukaparni, which translates as “frog-leaved,” referring to its leaf shape resembling the webbed-feet of a frog. The word “gotu kola” itself comes from Sri Lanka, literally meaning “cone leaf” in Sinhalese, presumably referring to its tendency to curl its leaves into a cone shape. In India, gotu kola is sometimes referred to as “tiger herb” because it is said that wounded tigers roll themselves in gotu kola plants.

Whatever you may call it—brahmi, gotu kola, or Centella asiatica— this is a beautiful herb that can support your own path to wellness, vitality, and mental acuity.

Banyan co-founder, Kevin Casey, visits an organic brahmi/gotu kola farm in Karnataka, India, where the herb is being cultivated through natural and environmentally conscious farming practices. 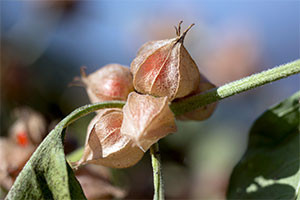 Ashwagandha is one of the most revered and prized herbs in the Ayurveda pharmacopoeia. It’s known as the premier Ayurvedic rasayana (or rejuvenative) tonic because of its superior ability to nourish the whole body and mind. Maximizing the body's ability to resist stress, it enables the body to reserve and sustain vital energy throughout the day while promoting sound, restful sleep at night. Continue Reading > 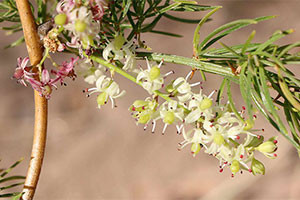 Ayurveda’s well-loved rejuvenating herb, Shatavari, is closely related to a plant you might find regularly on your dinner plate. Its Latin name is Asparagus racemosus… it’s actually a member of the asparagus family! While shatavari’s better-known European cousin produces tender, delicious shoots above ground... Continue Reading > 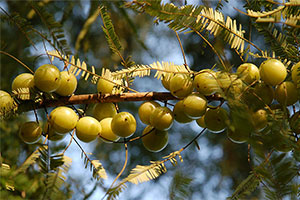 Amalaki (Emblica officinalis) is a powerhouse herb. This small, sour fruit plays a major role in two of the most popular and widely used Ayurvedic formulas—triphala and chyavanprash. Triphala is a traditional herbal combination that boasts the unique ability to gently cleanse and detoxify the body while simultaneously replenishing... Continue Reading >