The Benefits of Mucuna

Mucuna pruriens, also known by its Sanskrit name kapikacchu, is a nutritive tonic and adaptogen commonly used to nourish the nervous system, support healthy sexual energy, and strengthen and tone the reproductive organs.

This beautiful plant with its velvety seed pods is also a natural source of levodopa (L-dopa), which is an essential precursor to the neurotransmitter dopamine. Thanks to this attribute, it’s revered for its ability to uplift one’s mood and enhance a sense of emotional well-being. 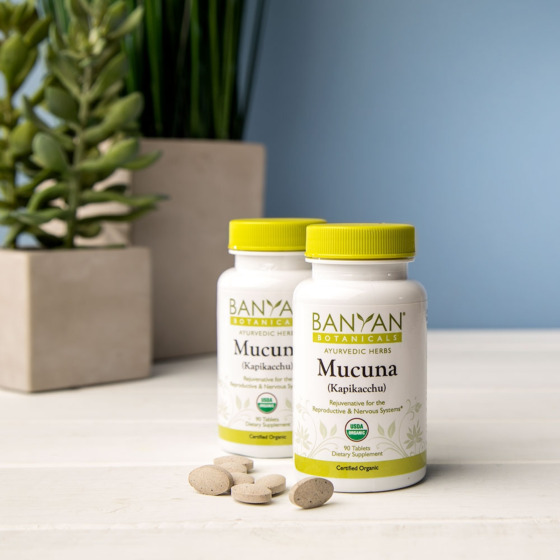 Characteristics of the Mucuna Plant

Mucuna is a creeping vine that grows all over India—particularly in the tropics—and is also found in tropical regions of Africa and the Caribbean.1 A member of the Fabaceae family (or legumes), it is characterized by its delicate lavender or purple flowers and fuzz-covered pods, each containing multiple large beans.2

Even across different languages, many names for this plant refer to the velvet coating of hairs that cover its seedpods and that, if touched, can cause severe itching and irritation of the skin.

Mucuna is well known by two Sanskrit names: kapikacchu, which means “one who starts itching like a monkey,” and atmagupta, which means “secret self,” hinting at the value of the seed concealed within the allergenic seedpod.3 In English, the common name for this plant is cowhage, and it is also sometimes referred to as “magic velvet bean,” hinting at its mystical properties.4

Mucuna has been recognized and used for thousands of years in the world of Ayurvedic herbs. There are traditional uses for the root and the trichomes (the irritating hairs themselves), but the large, dense seeds found within the pods offer the powerful rejuvenating qualities that this herb is best known for. It’s these nourishing seeds that are most often used.5

Like Jack's beans of the famed "Jack and the Beanstock", Mucuna pruriens has its own special kind of magic that is delivered to the body with each velvet bean. Ayurveda recognizes mucuna as a source of nourishment and rejuvenation for the tissues, bestowing a foundation of balanced energy and well-being.

Perhaps best known for its affinity for the nervous system and reproductive organs, mucuna's magical benefits extend throughout the entire body: 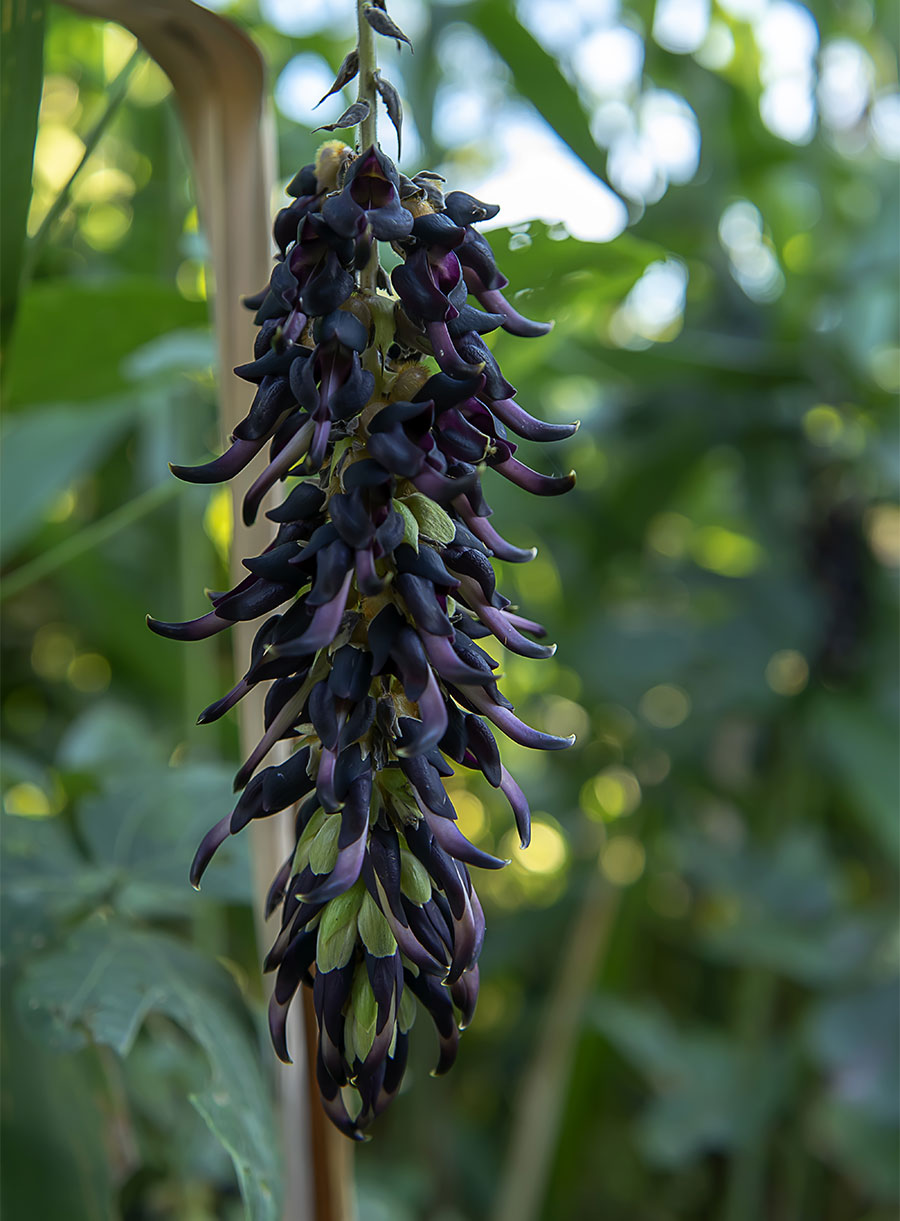 The vitality bestowed by mucuna nourishes the entire body and calms the nerves, making it an excellent rejuvenative for vata and pitta dosha. While it can be useful for imbalances of a tridoshic origin—those that involve vata, pitta, and kapha—it is typically too dense and heavy for kapha. If you do not know your dosha, you can take our free dosha quiz to see if mucuna might be the right herb for you.

Mucuna’s rasa, or taste, is primarily sweet and bitter. Its virya (action in the body) is warming and its vipaka (post-digestive effect) is sweet. Thanks to its nourishing and building qualities, this herb is excellent for building ojas, the body’s reserve of essential energy, immunity, and vitality.

Mucuna has an affinity for all of the tissues in the body, but is especially suited to balance the nervous, reproductive, and digestive systems. Its restorative qualities are wonderful for the entire nervous system, particularly when excess vata has accumulated in majja dhatu (the nervous tissue).17

In Ayurveda, different parts of plants are seen to work on different tissues in the body and not surprisingly, fruits and seeds correlate with the reproductive system. The seeds of mucuna are revered as one of the best reproductive tonics available in the plant kingdom, supporting every aspect of shukra dhatu (reproductive tissue).18

Mucuna has undergone several clinical trials over the years that have especially focused on its effects on fertility, nerve rejuvenation, and even sleep quality. Below are a few studies that have researched this herb’s effects:

How to Take Mucuna

Mucuna is easy to incorporate into your daily routine. Here are some options to get you started.

Take it on its own. Banyan Botanicals offers mucuna in a powder, liquid extract, and tablet form.

The tablets and liquid extract make it easy to fit mucuna into a busy schedule and take it on the go. We offer tablets so that, if desired, you can chew them and get the taste of the herb (or you can simply swallow them).

Powdered mucuna (labeled as kapikacchu powder at Banyan) is the most traditional method. We recommend taking the powder with warm water, milk, ghee, honey, or another anupan. These carrier substances act as a medium for delivering the herb to its intended destination and can enhance its nourishing qualities.24 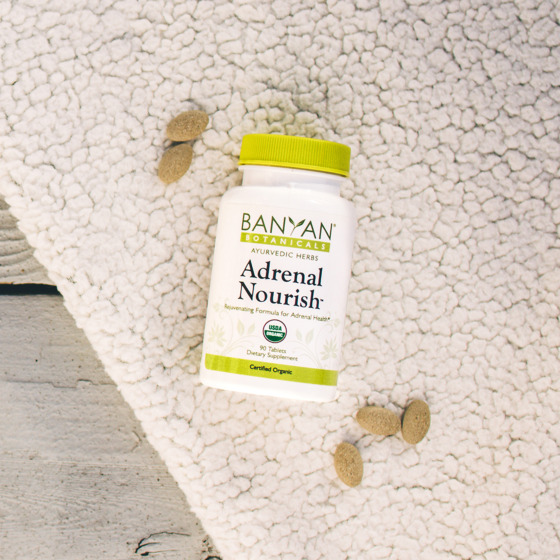 Take it in a supplement. Mucuna can also be found alongside other powerful herbs in the following herbal tablets:

Sip it in your daily latte. Ashwagandha Latte Mix blends mucuna with other beneficial adaptogens, creating a delicious and healthy way to take your herbs daily.

Cook with it. Bring mucuna into the kitchen! To get started, try it in a chai mix, apple-cranberry chutney, or in a “happy” tahini sauce. 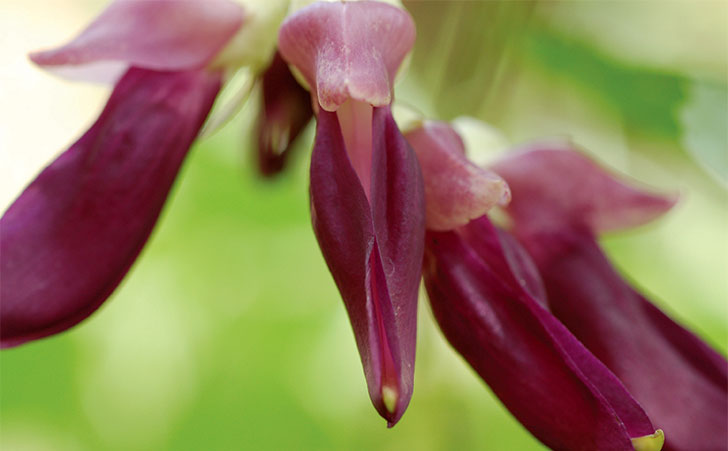 For most individuals, mucuna is regarded as a safe and beneficial way to support the health of your body, especially for those with a pitta or vata constitution. However, in some situations, there are some potential side effects and contraindications.

In one study involving a derivative of Mucuna pruriens, mild adverse effects—primarily of a gastrointestinal nature—were reported. These included mild and rare experiences of nausea, abdominal discomfort, vomiting, and insomnia.25

In excess, mucuna can cause headaches, movement disorders, fatigue, tremors, fainting, and thirst.26

Mucuna pruriens should be avoided in cases of high ama (toxicity), congestion, or in acute conditions.27 It should be used with care during pregnancy and breast-feeding, and avoided if there are known allergies to mucuna, its constituents, or other members of the Fabaceae (pea) family.

Mucuna pruriens should also be avoided in patients with psychosis, schizophrenia, glaucoma, heart arrhythmias, chronic nerve pain, and stomach ulcers. Because of the potential for additive effects or interaction, use caution in patients who are taking antidepressants, MAOIs, antidiabetic drugs, or anesthesia.28

If you are taking prescription medication of any kind, it is always best to check with your doctor before introducing an herbal regimen.

Generally, mucuna is considered safe for many to take long term. One study that looked at the long term effects of high daily doses of mucuna over a decade's span found that there were some reports of mild gastrointestinal disturbances. Overall, these seemed to be transient in nature.29

The Growing and Harvesting of Banyan’s Mucuna

As one of our first Fair for Life Fair Trade certified herbs, we are proud and excited to share mucuna’s story.

Banyan’s mucuna is cultivated on farms in and around Rajasthan, India, where it enjoys sandy or loamy soil with good drainage. The seeds are directly sown in the field in the month of July after the ground has been moistened by rainfall. The crop then grows until November or December, at which time the mature beans are harvested, dried, and ground into powder for use.

Harvesting and processing Mucuna pruriens is both delicate and labor intensive.

The variety that is traditionally grown has long pods covered with irritating, creamy white hairs that cause a severe itching upon contact with the skin, which can take hours to return to normalcy.

In the last decade or so, the cultivators we partner with in India have adopted the “Zhandu Kanchha” variety of mucuna. This variety has a higher yield, higher content of L-dopa, and much less of the allergenic hair on the plant.

Even with this new variety, the beans are harvested by expert handlers with proper gear while exercising extreme caution in order to prevent any kind of negative reaction.

Because our mucuna is cultivated, there are no issues with overharvesting or sustainability concerns. Our mucuna is also Fair for Life Fair Trade certified, meaning that we’re committed to following fair trade principles—paying above-market wages, investing in the education of the farmers, and giving back to their communities.

As a part of a larger conversation regarding the sustainability of Ayurvedic herbs, it is important to understand where and how plants are grown and harvested.

We ensure sustainability by sourcing the botanicals used in our products from privately owned farms where each plant has been cultivated or harvested from legal wild-craft sourcing. Our herbs and ingredient-producing plants are harvested at optimal times, using environmentally sustainable practices sensitive to the long-term health of the plants.

Virility and Vitality
More For You
Preparing for Pregnancy
Fertility is about the shift into parenthood, which begins with your first true desire to start a new family. Learn more about Ayurveda's insights on fertility.
The Importance of Healthy Digestion
Gain a deeper understanding and appreciation of the role digestion (agni) plays in your overall health, and learn practical tools to keep your digestion strong.