Do You Hit Snooze More on Mondays? Read This.

If you’ve ever experienced jet lag, you know that it brings a host of complications, including digestive trouble, mental fogginess, and even mood swings. Recent studies suggest that travelers who frequently cross time zones also have trouble with weight gain and metabolic issues. What you might not know is that you may be suffering from jet lag even when you don’t travel.

If you sleep in on the weekends and get up early during the week, then your social sleep schedule and your work schedule are out of sync.

Researchers call this phenomenon “social jet lag” because it mimics the effects on the body of traveling across time zones. If you know you don’t have to get up early, you have a greater tendency to stay up late on weekend nights. And when you sleep late, you probably shift your meal times as well, eating later than you would during a typical workday.

By staying up until midnight all weekend and trying to reset in time for work—9 a.m. Monday morning—you are essentially flying 1,000 miles west on Friday night and flying home again on Sunday afternoon. This may explain why people complain of Monday morning blues. Your brain releases melatonin (the brain’s natural sleep aid) at the same time every night, based on when the body thinks you should be getting ready to fall asleep. By staying up late a couple of nights in a row, you are retraining your brain to start this critical sleep preparation much later than it does during the week. That means that falling asleep on Sunday night is much more difficult.

In fact, the brain needs at least two days to retrain itself, which means you may struggle to get good sleep for the first half of the week. Your body will have trouble reaching deep states of sleep before your alarm goes off and signals that you have to go to work. You are much more likely to get up on Monday (and Tuesday) with melatonin still circulating in your system, which makes you feel groggy and out of it.

When the body is thrown from its normal daily rhythm, and your health begins to suffer, this is a sign that the doshas are out of balance. If this is a new concept to you, we suggest learning more about the doshas by taking the Ayurvedic Profile™ quiz. This 10-minute test will introduce you to the Ayurvedic doshas, and give you personalized results to understand your unique body type and current state of balance.

Social jet lag causes more than just sleep deprivation and mental fogginess at work. It also causes digestive issues. When you abruptly change your schedule on the weekend, you disrupt the gut microbiome, and this often leads to upset stomach, constipation, or just feeling bloated and unwell. People who often cross time zones know that they get run down more easily, are more susceptible to colds and flu, and are more sensitive to emotional stressors. These travelers know that when they come home, their bodies will settle down again. If you are living with social jet lag every weekend, your body never gets a chance to normalize.

The concept of social jet lag and its effects on the body is a new area in research, but studies have already shown that it contributes to metabolic issues. People who experience social jet lag over several years also tend to reach for substances, such as caffeine and alcohol, to moderate their wakefulness and deal with stress.

But It’s Okay If I Nap, Right?

You may think that sleeping in on the weekends is allowing you to catch up on the sleep debt accumulated during the week, but research doesn’t support this idea. Naps don’t truly help because they don’t provide the same quality of sleep that you’ve lost during the week. Instead, it’s a heavy sleep that leaves you groggy rather than rested. And naps further disrupt the body’s systems, making it more difficult to sleep at the right time.

The body expects to sleep at night, and that’s when the systems in your body can best carry out the metabolic tasks they need to accomplish. Your body sets its circadian rhythm—its central biological clock—based on the time you wake up every day. All of your body’s systems, including digestion, body temperature, blood pressure, hormone levels, and cortisol levels are set according to that clock. Your body’s systems are up and operating on Saturday morning, even if you are not.

These same systems are powering down (or trying to) even if you are up and at a party on a Saturday night. You may feel up and awake, but many of your body’s systems are desperately trying to power down. Over the course of a couple of days, your body will get used to this new, later bedtime and wake up time, which makes Monday morning more than a drag. It’s a health hazard that will inhibit your weight loss goals and put you in line for digestive and metabolic problems.

The first goal in changing your life is setting an appropriate bedtime and sticking to it throughout the week. I always suggest you get to sleep before 10:30 p.m. This is the end of the kapha time, according to the Ayurvedic schedule, which means your body is naturally a little bit heavy and sleepy. After 10:30 p.m., you are in the pitta time of day, when you are likely to get hungry and be more awake.

I always say that 10:30 p.m. is the last bus leaving the station to get to sleep.

Keeping the same bedtime throughout the week is a challenge for many people, but you will find you sleep more deeply and have many fewer issues with sleeplessness when you set the right bed time and stick to it. Many of my patients tell me that they had despaired over never waking up feeling refreshed during the week, but after giving up just one weekend of late nights, they found themselves waking up a few minutes before the alarm on Monday. The morning routine was no longer a frustrating race against the clock. After a few weeks of this stable routine, they found themselves dropping pounds and feeling more focused at work. 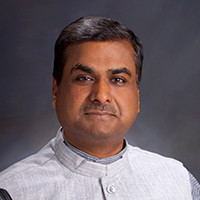 Suhas Kshirsagar, B.A.M.S., M.D. (Ayurveda) is a world-renowned Ayurvedic physician from a family of traditional Vedic healers in India, and the author of Change Your Schedule, Change Your Life, and The Hot Belly Diet. He holds a B.A. in Ayurvedic medicine and completed a three-year residency as an M.D. (doctorate in Ayurvedic internal medicine) at the prestigious Pune University. Dr. Suhas is a compassionate healer and expert clinician who directs the Ayurvedic Healing and Integrative Wellness Clinic in Northern California. As an internationally recognized leader in the ancient science of Ayurveda, he frequently shares the stage with many of the pioneers in health and wellness, including Deepak Chopra, Andrew Weil, and Dean Ornish, and is a keynote speaker and faculty member at several Ayurvedic institutions worldwide. He was featured in numerous radio and television shows including NBC, ABC, and the Dr.Oz Show.

We all know the value of sleep. Perhaps more importantly, at some point in our lives we’ve endured the consequences of not getting enough sleep. Both the quality and quantity of sleep play into our moods, hormones, organ restoration, and energy levels.

Sleep! The most reputed beauty tip there is. Of course, they don’t call it “beauty sleep” for nothing. Modern science has determined adequate sleep to play a crucial role in the repair and rejuvenation of the tissues—both inside and outside of the body. Making the time for appropriate sleep is also an act of self-care.