Welcome to our Birthing Ayurveda Postpartum series, where we follow the developing story of one woman's first steps into motherhood and life in her new role.

Since babies cannot communicate verbally, we look to their body language and body functions to tell us what our babies need and if they are doing okay. Like adults, babies’ bowel movements and digestion are very telling of their health and can be the cause of much distress.

First let’s visit what is normal. In the first few weeks, the baby’s poop goes through many phases and changes. It starts with a dark, tarry appearance, called meconium. It is dark olive green in color, does not have much of an odor, and is made of intestinal cells, bile, water, mucus, amongst other things. This lasts for a couple days. Several days later, the stool turns into a lighter yellow-green color and is less sticky. This transitions into a more yellow, creamy stool. It appears to almost have flecks of yellow in it and is not uncommon to be runny. If your baby is taking formula, it will have a thicker consistency like peanut butter.

If your baby’s poop veers away from this trend for a couple of bowel movements, fear not. The system will usually equilibrate. For instance, she may have a couple more green stools, especially if you have an oversupply of milk and the baby is getting more of the carbohydrate-rich foremilk (comes first before the more fatty hind milk). What is not normal is red or bloody stool, white or grey stool, very watery stool, hard stool, or stool that is dark like meconium more than five days after birth.

If you are breastfeeding, do not be surprised if your baby has a bowel movement with every feed. This will slowly decrease over the next several months. The key to knowing whether your baby is getting enough milk is to make sure that she has at least five or six wet diapers a day (in the first few days when she is only getting the thick and nutritious colostrum, she may only have a few wet diapers a day) and having bowel movements (at least three a day in the first month and then often decreases in the months thereafter). If she has fewer bowel movements, then the amount of stool per bowel movement should increase. Your baby should also be gaining weight. They tend to lose weight and then regain weight to their birth weight by two weeks of age, and then put on five to ten ounces a week in the first month, five to eight ounces a week from months two to three, and two to five ounces a week from months three to six. If you are breastfeeding, your breast should feel softer and empty after feeding. The sweet baby should also appear satisfied (and often very relaxed and drowsy from the hormones in the milk!).

Alas, you are likely to encounter some digestive challenges with your baby. It is the nature of a maturing digestive tract and to be expected.

New research is showing that colic is actually an issue of the nervous system, rather than the digestive tract. Ayurvedically, this is not a surprise since gas and colic is a vata condition and often times it starts because of an overactive and stimulated nervous system that then manifests in the digestive tract. Given that, also consider these points. 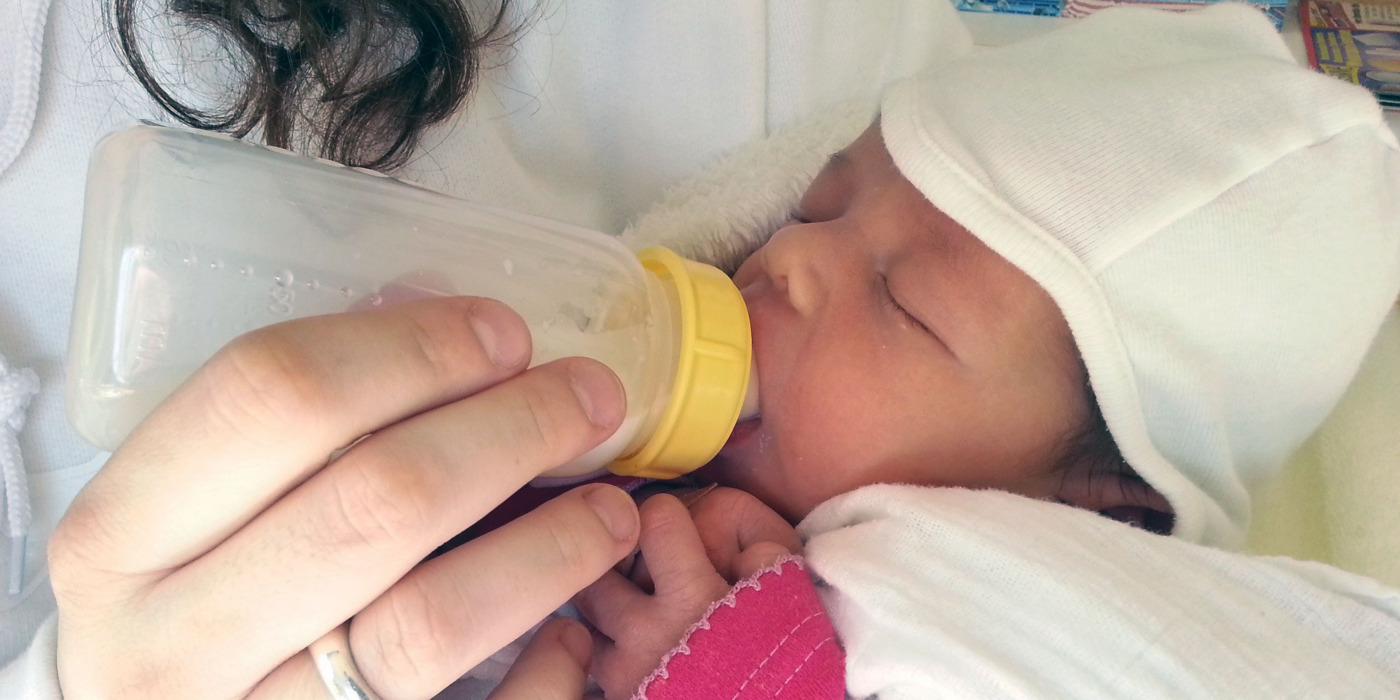 DISCLAIMER
The views and opinions expressed in this article do not necessarily reflect the views and opinions of Banyan Botanicals. Our blog is a place where people who participate in and benefit from Ayurveda can share their experience and knowledge. Before starting any new activity, routine, or program, we recommend that you consult with your physician or healthcare provider. Please also note that our content is not meant to be a substitute for professional advice.

The postpartum period is hard. Period. Consider these things to help maintain your equilibrium.

How can you create an environment that supports your baby as she goes through the changes? What are some practices that will nurture a newborn? You may find, as I did, that these practices actually will simplify your life, making your life a bit easier.