First published in 2018, this article has been an enduring favorite of ours at Banyan. We're excited to be sharing it with you again, and we hope you enjoy reading it as much as we do!

Tap into Your Full Potential this Spring

This year, more than most, the arrival of spring has been completely captivating for me. While I’ve always thought of spring as a season renewal, rebirth, and new beginnings, the truth is that in the foothills of the southern Rockies where I live, springtime is often also our snowiest time of year. And it’s not actually that this year has been dramatically warmer or drier than normal. It hasn’t. Still, I can’t recall feeling the arrival of spring quite as viscerally as I have this year.

Despite temperatures that persistently drop below freezing at night, and the occasional snowstorm, the energy of spring has been completely undeniable. Perhaps it’s the very juxtaposition of the fading elements of winter alongside those arriving with spring that has me feeling so awe struck.

Whatever the case, I’ve been reminded of spring’s relentless potency—and of all that’s available to us, should we choose to attune ourselves to the energetic awakening of the spring season.

The Gentle Stirring of Spring

Most mornings, my dog Wynter and I head out for a hike in our local forests to move our bodies and to connect—with nature, with each other, and, at least for me, with myself. Lately, I’ve noticed that the forest smells alive in ways that it hasn’t all winter, like I can somehow smell the quickening of the conifers, their pitch flowing more easefully as the temperatures warm.

And the songbirds are returning. After months of near-silence in the forest, I’m hearing the robins, flickers, juncos, and Stellar’s jays again—chirping and singing as they flit about through the trees.

Creek beds that have been iced over and smooth as glass, or filled in completely with snow, are beginning to flow again. Tiny ephemeral streams echo through the forests—their rumble amplified by the layers of snow still above them, sounding much bigger than they actually are.

My teacher, Dr. Vasant Lad, used to say that every spring, the accumulated kapha in our bodies melts so that it can be cleared. On my walks, I recognize that I am a privileged witness to winter’s accumulated kapha melting all around me.

But perhaps most striking has been the conspicuously raw presence that feels like the creative capacity of the earth herself. It’s early yet, and there are few visible signs that the dormancy of winter is receding, but the land is somehow more vibrant, more radiant—brimming with possibility. As I skirt the wide-open meadows of these foothills, it’s almost as if I can feel them greening before it happens.

I can intuit their becoming—and I recognize that something similar is stirring within me.

None of this is all that surprising, really. Cultures throughout history have celebrated springtime as a season of birth, new beginnings, renewal, and growth. With its gentle nurturing presence, its watery character, and its focus on new life and new growth, Ayurveda views spring, primarily, as a kapha season.

As such, it is a natural time to clear out the old, to make space for what’s to come, to plant seeds of possibility. Here are a few simple ways to align yourself with the natural opportunities that come with the spring season.

Consider the following herbal tablets, which are especially appropriate during the spring season:

For a more in-depth exploration of how to adapt your routine to align with the season, please see Banyan’s Spring Guide. 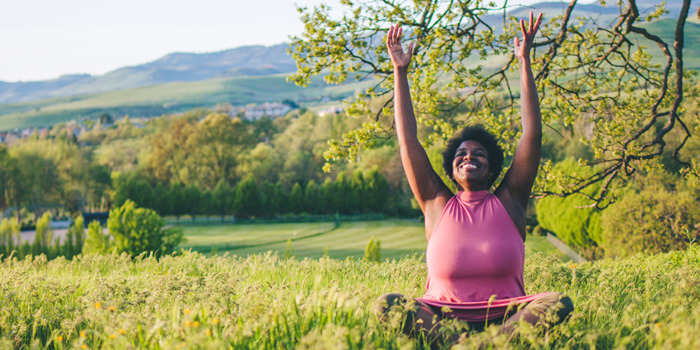 An Invitation to Grow and Expand

A number of years ago, my husband brought a baby tarantula home from his high school science classroom for the summer. She never went back to school. But despite my love of animals, I was not particularly keen, at first, on having a giant arachnid for a pet.

But the more I watched her, the more I hung out with her, the more I came to appreciate and admire her. And now, Pinky (named after her translucent rosy color as a spiderling) is as much a part of our family as any of our other pets.

Spiders are amazing in that they rely on a firm and semi-rigid exoskeleton to provide them with the structure and protection that vertebrates like us get from our skeletal systems. But an exoskeleton can’t grow or stretch.

So periodically, spiders molt—literally crawling out of their skin and leaving it behind in order to grow. When Pinky was young, she grew quickly and molted frequently. As she matured, her molting slowed to about once per year.

Watching a tarantula molt is a mind-bending experience. They build themselves a little bed made of spider silk, turn over on their backs, rupture their exoskeleton, and literally wiggle backward out of it. The process takes hours, as they patiently work their way out of a skin that’s become too tight, too constricting—too small.

When they emerge, they are instantly and measurably larger. They turn themselves right side up and wait. Their new exoskeleton, which has been forming underneath the old one, is wet and gooey. Their bodies are temporarily soft and exposed, leaving them incredibly vulnerable as their new protective shell dries and hardens. Once it does, then they go about their business and, over the next few days, life returns to normal.

One spring, Pinky had not eaten for weeks, which is common before a molt. It had been almost a year and a half since she had molted, so we suspected it was time, but her refusal to eat had gone on for much longer than ever before. I was growing concerned.

And then—on Easter weekend no less—I passed by her terrarium and noticed her lying on her back, gently waving her legs back and forth in midair. At last, she was molting! And then it hit me. Of course, she was attuned to the broader cycle of the seasons; she had waited until spring.

A few hours later, I watched her slightly gelatinous form, stretching her legs as her new exoskeleton hardened. She was huge—having instantly expanded to inhabit this entirely new version of herself. I was blown away.

Not only was this a treasured window into the wonders of nature, it also struck me as a potent metaphor and a powerful learning.

I will never forget the concrete demonstration she offered of what’s possible when we are prepared to shed the old, courageous enough to bear the discomfort of being vulnerable and exposed, and willing to step into our own fullness. This is what the spring season invites us to do each and every year.

It is natural that we would focus our attention primarily on the potential energy and expansiveness of the spring. But I think it’s also important to tend to the areas in our lives where we might be restricted, blocked, stuck in outdated belief systems, or perpetuating patterns that no longer serve.

Ayurveda makes room for all of it—acknowledging both the beauty and the inherent challenges in all things.

Yes. There is richness and opportunity in the nourishing, life-giving, growth-producing qualities of kapha dosha that rule the spring season. And yes. When blocked or stagnant, kapha can easily stifle our potential.

As you navigate this season of renewal, consider these questions:

And finally, how can you embody your full potential and begin to inhabit the wholeness of who you already are?

This is a magical time of year, really—one of the very most fertile, one exquisitely aligned with potential and possibility. I say seize the moment. Make the most of it. Embrace spring as an opportunity to propel yourself into your next chapter—whatever is calling to you. May it be a season of growth, freedom, expansion, abundance, and fulfillment. And may it bring you much joy! 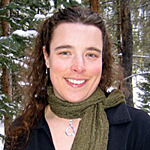 Melody Mischke is a certified Transformational Coach, Ayurvedic Practitioner, Yoga Teacher, Writer, and Intuitive. She began studying meditation in India at 18, and has degrees in Environmental Science and Contemporary Spirituality. She writes regularly for Banyan Botanicals, and in her free time, enjoys skiing, hiking, singing, and anything that gets her outside into wild places. She lives in Evergreen, Colorado, with her family. Visit Melody's website to learn more.

When we think of spring cleaning, we think of our homes. But what about cleaning the accumulated toxins in our minds and bodies? Click here to get started on your spring cleanse journey.

Perfect for spring, this recipe combines greens with spices are not only tasty, but supportive of digestion, and balancing for kapha. And almost as good as this recipe is how little time it takes to make!