5 Turmeric Studies You Should Know About

5 Ashwagandha Studies You Should Know About

In the world of culinary and medicinal spices, there are few that shine as brightly as turmeric! This beautiful root is known for its vibrant golden-orange color and its unique earthy taste that has been used around the world to add color and flavor to all different types of cuisine.

The power of turmeric (Curcuma longa) also reaches far beyond the kitchen. Revered for its beneficial properties, turmeric has been rapidly growing in popularity as a natural way to support many aspects of physical health.

With its growing reputation as a beneficial supplement and superfood, turmeric has undergone several scientific studies to understand its powerful properties and individual constituents.

According to such studies, the major constituents naturally found in turmeric root are the golden-colored phenolic compounds called curcuminoids—namely curcumin, bisdemethoxycurcumin, and demethoxycurcumin.1

These curcuminoids give turmeric root its golden color and contribute to its ability to support overall health and wellbeing.2

While the research on turmeric is extensive and ongoing, we’ve picked out five interesting studies that illustrate the diverse applications of this potent wonder-herb. 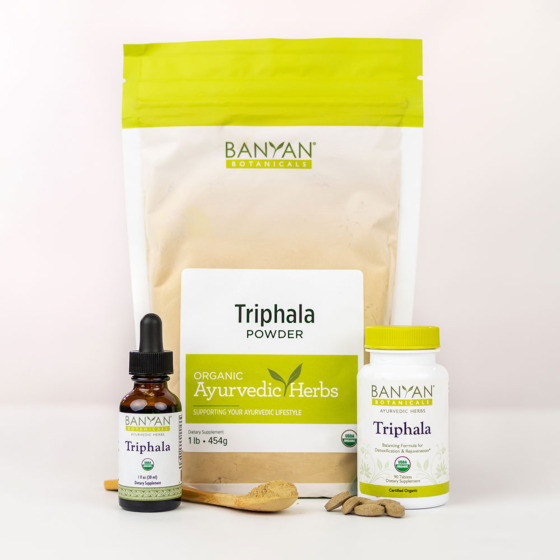 In this double-blind, randomized, placebo-controlled study at the University of California in Davis, 30 healthy adult subjects were given either turmeric tablets, curcumin tablets, or a placebo tablet and instructed to take 6000 mg per day over the course of eight weeks.

Over this time period, changes in the gut microbiota were determined using 16S rDNA sequencing of stool samples. Though the results were highly personalized, the turmeric group showed an increase in healthy gut bacterial species in comparison to the placebo group and the curcumin group showed the most significant improvement with a 69% in detected species.3

2. Turmeric for the Skin

This double-blind, randomized skin health study also took place at the University of California in Davis and used two Banyan Botanicals products to investigate the effects of turmeric and turmeric-containing herbal formulations on facial redness.

The results showed the most significant changes in facial redness in the group that took the turmeric-containing Healthy Skin tablets, with a 40% decrease in redness. While this may illustrate that turmeric’s beneficial properties are enhanced in combination with other herbs, further study would be needed to gather conclusive evidence.4 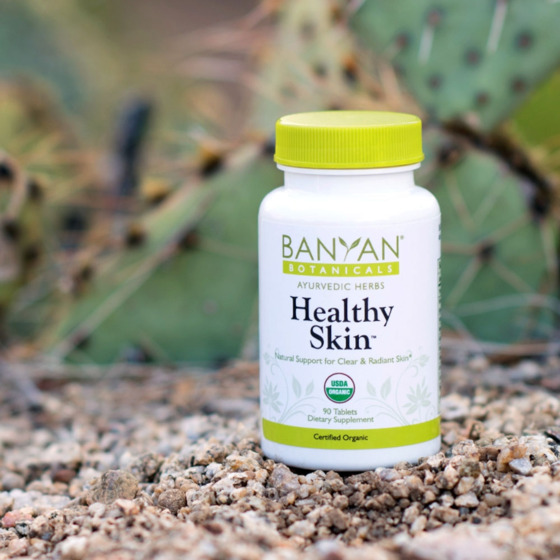 3. Turmeric and a Healthy Inflammatory Response

In a 2021 study, researchers gathered a group of healthy adult participants between the ages of 50-69 in an attempt to study the effects of turmeric extract —which contains anti-inflammatory turmeronols—on the body’s natural inflammatory response.

Over the course of twelve weeks, one group received turmeric extract and another group received a placebo. At the end of this time, the serum inflammatory markers of each individual were measured in order to detect changes in the inflammatory response. Each participant also completed surveys pertaining to their mood and overall health.

One randomized, double-blind, placebo-controlled trial was created to study the effects of turmeric and its constituents on joint comfort and mobility, focusing specifically on the knee joints. To this end, 96 participants received either a capsule with 150 mg of curcuminoids or a placebo capsule once daily for 90 days.

At the end of this three-month period, changes were assessed according to a pain score on a  visual analogue scale, along with an 80 meter fast-paced walking test. The results showed a significant drop in the average levels of knee discomfort and improved times for the walking test in the participants who were given curcuminoids.6

5. Turmeric for Overall Health and Well-Being

Over recent years, there have been countless studies investigating the beneficial properties of turmeric and its ability to support several different aspects of health. Apart from the studies mentioned above, scientific trials have taken a deep look at turmeric’s antioxidant properties, its role in healthy metabolism, liver health, mood, and more.

By looking closely at these studies, a recent comprehensive review from 2017 confirms that turmeric and its constituents have great potential in supporting our overall well-being.7

With significant positive impact on so many different aspects of well-being, turmeric seems to be proving what Ayurveda has known since ancient times—that this bright golden herb is a powerful tool for promoting optimal health, longevity, and quality of life.

Curious to learn more? Explore the benefits of turmeric through the Ayurvedic lens and learn more about growing, harvesting, and how to use Banyan’s turmeric in your daily health routine.

Clinical Trial on Healthy Skin™ Tablets White Paper
More For You
The Benefits of Turmeric
Turmeric is one of the best known and widely researched spices in the world. Commonly used for cooking, this golden root also offers health benefits for the entire body.
5 Ways to Get More Turmeric in Your Life

Turmeric has now become way more mainstream than we ever could have imagined. Here are five different ways to utilize this root, both from a nutrition standpoint and as an herbal remedy.