Optimize Your Health This Autumn
Updated 2019 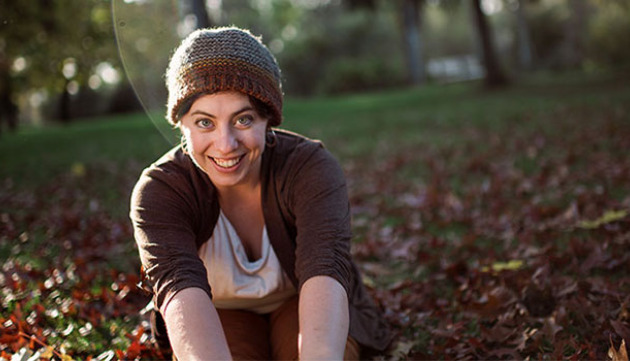 Kapha’s nature is actually balanced by the dry, light, mobile and subtle qualities of autumn. Your aspiration for vata season will be to embrace these kapha-balancing attributes and to soothe vata without aggravating kapha (by overdoing heavy, oily foods, for example). You’ll also want to stay warm and healthy because a cascade of kapha-related imbalances can ensue if you become cold and run down.

Favor foods that are heavy and grounding enough to soothe vata, but not so much so that they weigh you down. Some good examples of foods that do this would be apricots, berries, cherries, peaches, soaked prunes, soaked raisins, asparagus, beets, cooked carrots, chilies, green beans, leeks, mustard greens, okra, cooked onions, rutabagas, honey, amaranth, basmati rice, seitan, miso, tur dal, cottage cheese, goat’s milk, shrimp, and sunflower seeds. You may also find that you can continue to enjoy lighter, more astringent foods than most during vata season—some salads for lunch, lots of vegetables, and some beans for protein. In any case, you can’t go wrong with well-spiced foods, so get creative with flavoring your meals and experiment with as many warm, stimulating spices as you like.

This might be the one time of year that you can get away with eating some heavier foods than your body might typically tolerate—red meat, more protein, perhaps even an occasional sweet bread or a few sun balls. Basically, you’re relying on the light, mobile nature of the season to make up for kapha’s heavy, sluggish digestive tendencies. That said, you won’t feel well if vata season becomes an excuse to perpetually smother your digestive fire. Make these treats an occasional indulgence and take small portions to ensure that you can digest them.

Although heavy, oily foods are generally quite appropriate during vata season, you’ll need to be careful not to overdo it; a sense of heaviness, lethargy, sleepiness after meals, and sluggish digestion may indicate that your vata season diet is overtaxing your digestive system. In addition, you’ll want to minimize foods that aggravate both vata and kapha, like watermelon, wheat pasta, soybeans, and ice cream.

Because kapha tends to be grounded, stable, moist, and slow by nature, you may find that you are not at all disturbed by the light, dry, erratic characteristics of autumn. In fact, if you struggle with an internal sense of inertia, vata season can help to keep you out of an unwanted rut. Resist overly sedentary tendencies (like naps), and lean on the light, mobile nature of the fall to embody optimal health. Start your day early (before 6 a.m.), take some Chyavanprash to boost your immunity, and do something active before 10 a.m., if possible. You can afford a more vigorous exercise program than other types during vata season so go for a jog, a bike ride, or commit to an invigorating yoga practice. However, be careful not to get chilled during or after exercise and take time to ground yourself afterwards. In general, aim to have your routine strike a balance between the active, engaged approach that benefits kapha and the quiet, reflective activities that calm vata—being careful not to overindulge either one.

Kapha-Pacifying Diet
More For You
Kapha-Pacifying Foods
Kapha is heavy, cool, oily, and smooth, so eating foods that neutralize these qualities—foods that are light, warm, dry, and rough—can help to balance excess kapha.
Kapha-Pacifying Yoga
A yoga practice for a kapha individual should be one creating space, stimulation, warmth, and buoyancy. Kaphas can cultivate this by following some basic guidelines.
Related Products